When the financial meltdown hit a few years ago, there was lots of talk about how retirees whose retirement funds had been decimated would have to go back to work. Well, a new study by the Families and Work Institute and the Sloan Center on Aging & Work shows that retirees are returning to the workforce—but not for the reasons you might expect.
The study, which analyzed data from the FWI’s National Study of the Changing Workforce (2008), uncovered some surprising statistics about “working retirees”: 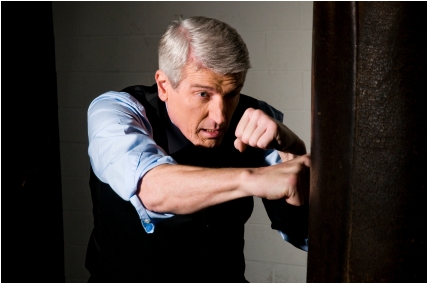 Myth: Retirees work only for the money.

Reality: That’s part of the reason, but not the whole story. Although 53 percent of retirees say having a comfortable lifestyle is part of their reason for working, 31 percent say they returned to work because not working is boring. Eighteen percent want to be productive and contribute to society. And fewer than one in five are working because of insufficient retirement income.

Myth: Retirees who go back to work are “coasting” and can’t handle a full workload.

Reality: Most “working retirees” work full time and want to continue working the same or even more hours. Working retirees are passionate about their work: More than half say they don’t plan to leave their current jobs for at least five years, and nearly 10 percent hope to never retire from their current employment.

Myth: Older workers don’t get along with younger co-workers and, especially, younger bosses.

Reality: Although 45 percent of workers age 50 and up have younger bosses, just 10 percent say their bosses aren’t supportive. This isn’t significantly different from the percentage for workers over 50 with older bosses, or workers under 50 with older bosses. In other words, only about 10 percent of all workers, no matter the age, say their bosses are unsupportive.

Reality: In many ways, working retirees are happier with their jobs than people who had never retired. They are more likely to rate their workplace positively for work-life balance, respect and trust, and supportive supervisors.

If you’re considering hiring, you may want to consider retirees as part of your work force. “Traditionally, we have conceived of the life cycle as a ladder where we move from education to employment to retirement. That is not reality today,” says Ellen Galinsky, president of Families and Work Institute. “The employees of today and tomorrow will cycle in and out of education, employment, and retirement.”

Rieva Lesonsky is a Columnist for Small Business Trends covering employment, retail trends and women in business. She is CEO of GrowBiz Media, a media company that helps entrepreneurs start and grow their businesses. Follow her on Google+ and visit her blog, SmallBizDaily, to get the scoop on business trends and free TrendCast reports.
10 Reactions
Leave a Reply Cancel reply
Subscribe
Follow @smallbiztrends
RSS LinkedIn Pinterest iTunes