Small Businesses DO Indeed Have Websites and Use Tech

Most of the small business economic research that gets published comes from the SBA Office of Advocacy. They publish quite a lot of the stuff, primarily because there isn’t that much of it to begin with and Advocacy is one of the nation’s premier (and pretty much the government’s only) funding sources for this kind of research. So, when there aren’t any research releases from Advocacy for a month, our Research Roundup can get pretty thin.

That’s what happened in October, but there were still a few interesting bits of research released this month. In fact, you might say that Advocacy took a break, but the GAO (Government Accountability Office) picked up the slack. 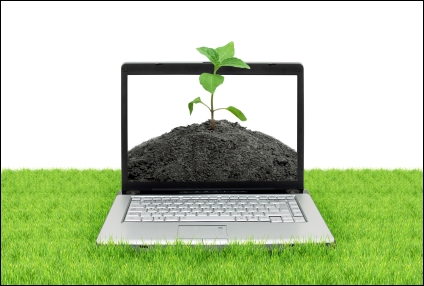 Small Businesses Do Have Web Sites

The National Small Business Association (NSBA) seems to think so, anyway. Earlier this month, the NSBA released the results of its annual small business technology survey. And contrary to what I’ve seen in many other research reports on the subject, this one finds that small business owners really are online. Fancy that!

The 2010 NSBA Small Business Technology Survey found that a large majority of small businesses (86 percent) have a website but only 26 percent have e-commerce enabled websites. Almost half (47 percent) say they use social media (e.g., LinkedIn, Facebook) to promote their businesses.

Telecommuting is coming into its own among small business owners, too:

Time and money are the biggest challenges reported by small businesses when it comes to their websites, with 69 percent saying site updates take too much of their time and 37 percent reporting that the cost of maintaining their website was the biggest challenge related to it. Forty-three percent spend more than two hours a week dealing with tech-related issues/problems.

“Small business owners have to serve many critical functions within their businesses, including chief technology officer,” stated Todd McCracken, NSBA president and CEO, in a press statement. “This survey underscores the importance of affordable and user-friendly technology for small businesses.”

Recession Beats Up the Big Boys

The meek didn’t quite inherit the earth during this nasty recession, but the world’s poorer countries with smaller economies evidently did a little better than the large, rich countries with ginormous economies — at least, according to one measure. That is the main finding in a set of reports that comes to us as a combined effort between the Kauffman Foundation and the World Bank.

Or, at least, that’s one way of looking at it.

Turns out that, if you look at new business formation worldwide during the Great Recession, you’ll see that the number fell for the world’s economic leaders.

GAO to Microloan Lenders: Say What?

GAO used to stand for the Government Accounting Office, so you shouldn’t be too surprised to learn that the GAO doesn’t really do pure research; for the most part, they conduct audits. In the process, however, they often manage to learn some interesting things about the workings of the government and the ways in which what Congress does may not always match up with what Congress says it wanted to do.

This month, the GAO came up with a rather interesting report on the SBA’s Microloan program, American Recovery and Reinvestment Act funding and, specifically, how much the public knows about said funding and its effectiveness.

This study, even more interestingly, was requested by Senate Minority Leader Mitch McConnell, who recently told the National Journal that “The single most important thing [Republicans] want to achieve is for President Obama to be a one-term president.”

Anyway, GAO found that program participants (i.e., Microloan Intermediaries) should be instructed to provide more descriptive information about how ARRA funds are being used and what outcomes are expected so that the public will better understand those things.

I suspect that plenty of small business owners found out what Microloan is all about last year, when the bankers fiddled while Main Street burned. Microlenders were still lending and, for a moment at least, they were the heroes of the Great Recession.

I’m not clear about what use Senator McConnell intends to make of that information, but I trust he found it interesting, at least.

Which reminds me … Remember to vote on Tuesday. In case you hadn’t noticed, it’s kind of an important thing for small business owners (and everybody else) to do.