Well, maybe I understand part of the reason: It’s the numbers. 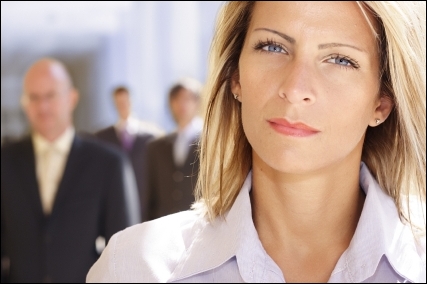 I’ll admit that I’m not a data-centric guy; I rely on my intuition more than raw data when it comes to making decisions. (It’s an issue that my wife and I have debated about rather energetically for almost 20 years now.)

I also use personal observations when making determinations and decisions about things. For instance, whenever I do presentations on franchise ownership for Execunet (an exclusive networking organization for executives and senior-level managers with salaries above $100,000), the percentage of women that are in attendance is always significantly more than 13.5 percent.

When it comes to actual franchise ownership by women, it’s around 25 percent, according to a research report compiled by Pricewaterhouse Coopers and the IFA, Franchised Business Ownership: By Minority and Gender Groups (PDF).

In the 10 years that I’ve counseled and advised prospective franchise owners, however, only about 20 percent of the inquiries that I receive come from women. I really wish the percentage was higher.

I have a very selfish reason for wanting to have a larger percentage of women to work with; they make my job easier. I think that it has to do with their egos.

Most of the women I’ve worked with don’t let their egos get in the way of their goals (like men sometimes do). I’ve found that once they’ve gotten comfortable with me and my consulting style and techniques, they follow my directions–they just do it. They share the facts that they’ve gathered in my weekly follow-up calls, and then I suggest the next steps they should be taking. This goes on for a few weeks, until it’s decision time.

In his “The Franchising Handbook: The Complete Guide to Choosing a Franchise,” Ian Murray says a couple of important things about women as franchise owners:

So, not only do women really excel when it comes to franchise due diligence, they also have the skills needed to succeed as franchise owners.

In a Small Business Trends post about women starting businesses, Rieva Lesonsky wrote, “According to The Guardian Life Index, a survey of American small business owners, women are most likely to start businesses because they’re unhappy with corporate life, and future job growth will be created primarily by women-owned small businesses.”

It sure seems like all the necessary ingredients are there for more women to start at least inquiring about franchise ownership. I wonder what it’s going to take for more of them to do so.

Do you have any ideas on how to make this happen?

Joel Libava is the Franchise Expert for Small Business Trends. Joel, The Franchise King®, equips today’s prospective franchise owners with time-tested, proven techniques designed to increase odds of success. He does this through one-on-one coaching, and gobs of useful content that can be found on places like Small Business Trends, SBA.Gov, and his award-winning franchise blog, The Franchise King Blog . He’s been featured in Entrepreneur® magazine, and is frequently called upon by national media outlets and publications for his no-spin insights into the world of franchising.
17 Reactions
Subscribe
Follow @smallbiztrends
RSS LinkedIn Pinterest iTunes