It’s been a long time coming, but the SBA has announced the finalization of its Women-Owned Small Business (WOSB) rule to expand federal contracting opportunities for women. 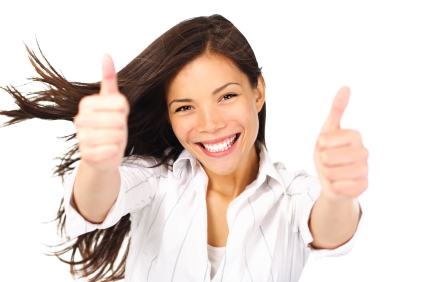 In a previous article written in March titled, “SBA Proposes New Rule to Expand Federal Contracting Opportunities for Women” I wrote about the WOSB rule, proposed in February 2010, but this final rule has been far, far longer in coming. Congress first authorized creation of a rule to increase federal contracting opportunities for WOSBs in 2000.  Since then, the SBA has been analyzing the market and proposing various draft rules. During the Bush Administration, women’s business advocates were up in arms over a draft that identified only four industries where WOSBs were underrepresented in federal contracting. To get over some of the controversy, the Obama Administration used all prior studies, questions and public comments to draft a completely new rule.

The final rule identifies 83 industries in which WOSBs are underrepresented or substantially underrepresented in the federal contract marketplace. In addition to opening up more opportunities for WOSBs, the rule is also another tool to help achieve the statutory goal that 5 percent of federal contracting dollars go to women-owned small businesses.

The final rule removes a requirement included in a prior proposed version that federal agencies couldn’t participate in the program unless each agency certified it had discriminated against women-owned small businesses in the past.

It also established a $5 million contract ceiling for manufacturing businesses and a $3 million ceiling for other goods and services. (This amendment was part of the Fairness in Women-Owned Small Business Contracting Act of 2010, introduced by U.S. Senators Olympia J. Snowe (R-Maine) and Kirsten Gillibrand (D-N.Y.), which I wrote about in more detail in an article titled, “New Act Introduced in Senate to Help Women Business Owners Get More Federal Contracts” in July.)

“Women-owned businesses are one of the fastest growing sectors of our nation’s economy, and even during the economic downturn of the last few years, have been one of the key job creation engines in communities across the country. Despite their growth and the fact that women lead some of the strongest and most innovative companies, women-owned firms continue to be under-represented in the federal contracting marketplace. This rule will be a platform for changing that by providing greater opportunities for women-owned small businesses to compete for and win federal contracts.”

What’s next? The SBA and the Federal Acquisition Regulatory Council will begin a 120-day implementation of the WOSB contracting program, including building the technology and program infrastructure to support the certification process and ongoing oversight. The agency expects federal agencies’ contracting officers will be able to start making contracts available to WOSBs under the program in early 2011.