5 Ways to Capitalize on the Social Deals Trend

Doesn’t it seem like every week, a new social coupon website pops up?Some deal sites are being added to existing retail sites to help eliminate inventory (such BackCountry.com’s SteepandCheap site). Others are new, stand-alone sites, many with very specific niches.

There are social deal sites that are general, like Groupon, City Deals or Living Social. There are regional sites, like the ones my local newspaper and news station run. Then there are luxury deal sites, like Overstock’s Ebiza, Gilt Groupe or Bergine. The site 25Tuesdays just has spa deals. Then there’s Yipit, which consolidates at least 90 deal sites. And on and on. 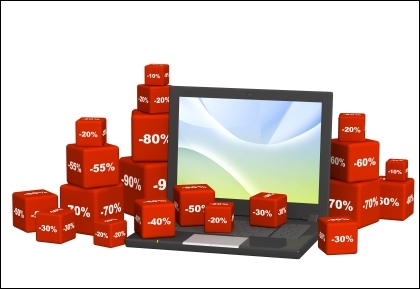 Most have a deal a day that are at least 50 percent off and good for one day only. Customers pay on the spot, then redeem the coupon later by printing it out or flashing their smartphone. Deal sites take advantage of the impulse buy and social circles. If I see that my friend bought something, it’s a powerful motivator for me to buy too.

Some deal niches are more profitable than others, but it’s obvious the niche has been profitable. According to TechCrunch, Groupon got $173 million in funding, Gilt has raised $83 million and LivingSocial got $25 million. Even Twitter got in on the trend by working with both Groupon and Gilt for their @earlybird deals.

“There’s plenty of room in the deal industry for growth,” says Jim Moran, a founder of Yipit, which was started by former Harvard students (a la Facebook). “The industry will remain fragmented. I don’t think there will be just one player. What was once a former salesman is now an entrepreneur. Let’s say he or she takes $3,000 to kick up a website and if the company can get 100 deals sold a week, that’s about $50,000 – $100,000 a year in revenue.”

The best part for local businesses looking to participate in these deal sites? There are no upfront costs for advertising, and you can track the results. Many sites write the ad copy for you. Unlike most advertising, deal sites have a built-in sharing component where your customers tell their online friends. They also buy on the spot, which means you get money upfront. The system works on a profit sharing-model – which means you’ll share up to 50 percent of sales with the Web site that promotes the deal.

Obviously there’s money to be made. The question is for who? There’s a lot of debate on how and if these sites help or hurt local businesses. According to one study, 66 percent of businesses found Groupon profitable. I interviewed a business owner of a salon on my weekly marketing podcast who said she made $13k in one day from LivingSocial. This business is an exception; this business was almost bankrupt from an offer they ran (the article gives valuable insight).

Here are five tips to getting the most from group deal sites:

1. Use Them to Drive Social Media Engagement
Consider adding an extra gift or additional dollars off when people who buy also “Like” your Facebook Page or become a follower on Twitter.

2.  Promote Special Packages
You could put together a package deal or event just for your Groupon deal that is a preview of your business offerings but may not appeal to existing customers. For example, the Utah symphony sold a package of a few concerts in a series you could choose from.

3. Help Staff Prepare for the New Business
According to the survey referenced above, one of the biggest predictors of success is how happy workers are. It workers are treated badly and not prepared, it could hurt the promotion.

4. Get Repeat Business by Collecting E-mail Addresses
Deal sites may not let you keep the e-mail addresses of people who buy, but once you get them in the store, you can ask for their e-mails. Then you can let them know about upcoming events or promotions and hopefully build a more long-term relationship.

5. Have Customers Pay Right on Facebook
I’m noticing that once on Facebook and Twitter, people want to stay on the site, not click through to another. Thanks to the new Twitter design, you don’t have to click off the site to view photos or videos – they show up in the sidebar when you click on them. The same goes with deals – you could offer them directly from your Facebook Page. There’s an app that helps you do that.

While I like leveraging the network that sites like Groupon have built, if you have a strong base you could develop your own deal component. Here’s an example of a business that wants to build their own deal site.

Here are some additional tips to running a successful deal.

Have you tried a social deal site to promote your business? How’d it go? What tips can you share?

Editor’s Note: This article was previously published at OPENForum.com under the title: “Ways a Small Business Can Capitalize on the Growing Social Deals Trend.” It is republished here with permission.

Janet Meiners Thaeler is an Evangelist for OrangeSoda Inc. and the principal blogger for their corporate blog and Twitter account. She regularly advises clients on blogging and social media strategies. Her own blog is Newspapergrl. She is passionate about online marketing and is always looking for new insights, resources and trends to help her clients.
5 Reactions
Subscribe
Follow @smallbiztrends
RSS LinkedIn Pinterest iTunes