Why Entrepreneurs Cannot Get Businesses Off the Ground 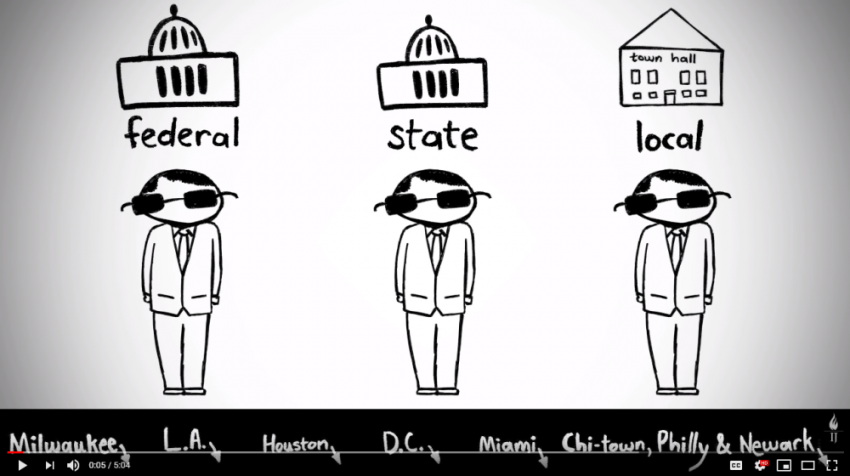 Why is it that lawmakers don’t recognize the impact of their burdensome regulation on job creation and hiring?

There’s a lot of talk at the Federal government level here in the United States about government creating jobs.  Of course, anyone who thinks government can create jobs doesn’t really understand how jobs in the private sector are created.

And in that case, it means the rest of us have to pay more taxes to pay government workers’ salaries.  That leaves less money left over to hire non-government workers. In the end, that merely reduces private sector hiring.

Unfortunately, too often government is the opposite.  In a need to justify their existence and show they are doing something, government tends to get in the way of starting new businesses and the employees they may hire.  Despite good intentions, they hassle small businesses with unnecessary requirements and inefficient processes.

Lawmakers end up passing laws and ordinances that become known as the dreaded “burdensome regulation”.

Local Government is the Biggest Culprit of Burdensome Regulation

Federal is not the biggest culprit when it comes to regulating small business.  No, it’s the state, county and city law bodies.

An increasing trend is state and local governments imposing licensing and testing requirements. Individually none of these may seem burdensome.  Taken together, it’s death by a thousand cuts.

And the worst part is, it’s not easy for a business owner to figure out what requirements apply.  How can you be sure you’re in compliance, if the rules are a mystery?

One example I wrote about: getting a home-based business license.  Despite the size of our company, our headquarters is literally in my home. Everyone works virtually.

One day I discovered I needed to get a business license.  So I dutifully applied.

I didn’t object to the license fee.  It was nominal.

The biggest issues were time and uncertainty:

I had to take a half day out of my week to get this license.  Consequently, I had to make up the time on Saturday.  To civil servants who get a steady paycheck, that impact probably never entered their heads.

Why not allow entrepreneurs to click a couple of buttons online, enter a credit card number, pay our fee, and get on with our lives 15 minutes later? Did the process really need to be so inefficient?

That’s why I say, if you want to encourage entrepreneurs and small businesses that actually do the hiring, Federal is not the biggest culprit.  Look at state and local levels when it comes to burdensome regulation.  Local ballot initiatives, state regulations and city council actions — these are what hit small businesses most.

Aside from fees and inefficient processes that suck up your time, there’s a bigger problem with regulation.  In many cases that benign-sounding requirement is actually quite restrictive.  You simply may not be allowed to start or operate your business.

That dream business you have?  Forget it, if you happen to be in an area with heavy regulations and ordinances.

All too often the rules are designed to protect competitors or trade associations. Despite what lawmakers claim, the rules may do more to keep out newcomers than protect the public. Or the regulations tend to be overly broad for no good reason.

To offset this impact, some governments try to show how much they support small businesses by touting grant programs and other help.  What they don’t realize is, business owners may not want that kind of help.  Programs have a temporary limited impact — and usually help only a small number of businesses.  Owners would rather be left alone to focus on longer-lasting ways to strengthen their businesses.

According to a series of reports by the Institute of Justice:

” … one of the principal obstacles to creating new jobs and entrepreneurial activity in cities across the country is the complex maze of regulations cities and states impose on small businesses.  IJ’s “city study” reports are filled with real-world examples of specific restrictions that often make it impossible for entrepreneurs to create jobs for themselves, let alone for others.”

A video from the Institute of Justice gives examples of the maze of burdensome regulation that hinders entrepreneurship and by extension, job creation. Too often regulation is baffling and inexplicable.

Jump over to YouTube and watch the 5-minute video, “Why Chuck Can’t Get His Business Off the Ground”. You’ll see some silly and outrageous examples of burdensome regulation.

Anita Campbell is the Founder, CEO and Publisher of Small Business Trends and has been following trends in small businesses since 2003. She is the owner of BizSugar, a social media site for small businesses.
20 Reactions
Subscribe
Follow @smallbiztrends
RSS LinkedIn Pinterest iTunes