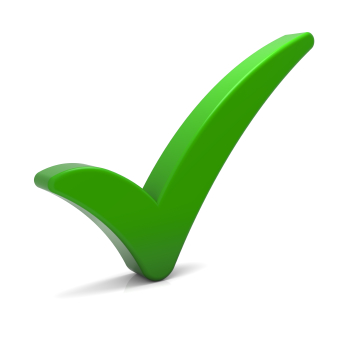 Last week both Facebook and Yelp announced they’d soon be offering deals to customers who check in at a particular location. Good idea, right? FourSquare sure thought so when they launched it months ago.

On the Yelp blog, Luther Lowe didn’t give specifics but hinted that the review site would soon offer Yelp Check-In Offers to “help further bridge online discovery and online buying.” According to the blog post, Check-In Offers will be different from Sales and Special Offers and will give users discounts when they check in to locations. As ReadWriteWeb stated last week, the check in feature does make a lot of sense for Yelp to incorporate. Yelp has always been a site dedicated to local discovery and matching users with SMBs. This seems like a very natural extension of that. While Luther didn’t offer many details, this will be a nice addition to the site.

But Yelp wasn’t the only company to announced check in offers last week; Facebook did as well.

Facebook Deals is exactly what it sounds like – a new service that will allow SMB owners to offer their customers special deals when they check in to their business on Facebook. According to Facebook, Deals will come in four different flavors:

Facebook already has more than 20 major brands signed up to offer deals, including 24 Hour Fitness, American Eagle, Gap, JCPenney, Macy’s and Starbucks. And we’re not just talking about offering a free cup of coffee or pastry either. Some of these deals are surprisingly enticing. For example, Gap will give a free pair of jeans to the first 10,000 customers to claim the deal, and the San Francisco 49ers will offer 200 fans tickets for just $49.

When you combine the quality of the deals with the brands behind them and Facebook’s active 200 million mobile users a month, the power of Facebook Deals become quite evident. While FourSquare and Groupon have had a hard time attracting mainstream users, Facebook has already captured these folks. That gives them a great advantage in the mobile space.

Once the program is rolled out, business owners will be able to easily create Facebook Deals from a single screen. Business listings that include a deal will be given a yellow marker on the Nearby Places page to signify that a deal exists and encourage users to click through and check it out.

To view the deal, users must pull up the Facebook Place page, where they can then claim it. Business owners who take part in Facebook Deals will be able to see how many people have claimed a specific deal vs. how many people have checked into their business. They won’t be able to tie the check-in to a specific user, just like they can’t see which user clicked on a Facebook ad.

If you’re a small business owner, Yelp Check-In Offers and Facebook Deals are definitely programs you’ll want to take a look at. Discounts and coupons have time and time again proven to be one of the leading reasons that social media users interact with brands online. By pairing an enticing deal with a relevant audience, there’s a huge opportunity. We’re still waiting for further information from Yelp about Check-In Offers, but you can find out more about Facebook Deals here.