If you’re like me, you prepare a lot of PowerPoint presentations. I’ve been creating slide presentations for nearly 20 years. In that time I’ve learned a few things about how to make presentation slides useful and stimulating.

I won’t say my slides are works of art — I know they’re not. And for the first decade of my business career they were pretty boring. They were almost all text!   But over the years I’ve learned a few things about how to keep them functional, simple, yet visually stimulating.  Here are a few things I’ve learned:

Use an image at least every-other slide — Nothing is more boring than a slide presentation consisting of an unrelenting sea of text!   Images “open up” your slides and draw the viewer in.  Images stimulate our right brain (intuitive / creative side) while words stimulate our left brain (analytical side).  Thus, you give your slides more sensory appeal by including an image (or chart) on every slide — or at the very least, on every other slide.

Keep background images muted — I prefer plain backgrounds on my slides because they are easier to read — either white or another light color.  As a matter of personal preference, some people prefer a background image on slides, with text superimposed on top.  But a background that is too distracting will compete  for attention with the text over top it.  Then the slide simply becomes annoying. For example, imagine trying to read text superimposed over top of the following image: 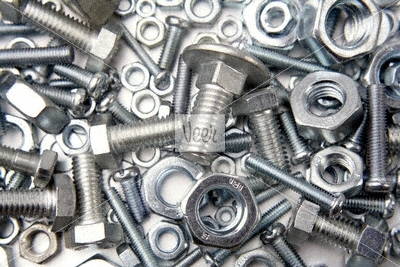 I deliberately left in the Veer watermark so that you can see exactly how difficult reading text can be over top of a detailed image.  With all the detail and contrast — the word is difficult to spot, isn’t it?  Imagine trying to read bullet point after bullet point on top of a background like that.

Contrast that with starting with a muted image, perhaps a swirl or texture without a lot of contrast. Then make the image transparent so that it competes even less with the text. The following is an example of a muted texture image you might use for a background, that would not be nearly as distracting to read text over, as the nuts and bolts image above: 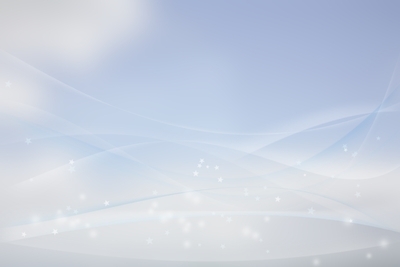 Use an image to balance a block of text next to it — A simple way to add images is to insert a relevant image either to the left or right side of a short block of bullet points.  The general size of the text should be balanced by the image.  This technique is easy for business people to do, because it doesn’t require advanced skills with graphics, yet it adds visual interest quickly to slides.  It works really well using stock photographs.  Awesome Presentations has a simple example of an image used to balance a block of text.

Bold, uncluttered images are best — A presentation slide is usually viewed at a distance and quickly.  Therefore, it is not the place for “busy” images or images with fine detailing.  Keep your images simple and recognizable at a glance.

Use relevant images — Now this should be obvious:  if you use a photograph or vector image, you’re going to want it to be relevant to whatever the slide is about.  However, I frequently see images on slides that seem to have little relationship to the topic.  When choosing images, look for a stock image site that has good keyword search, and lets you refine your search in many ways.  Today, there really is no excuse for not pinpointing a high-quality image relevant to the slide’s topic.

Use a single image and few/no words for impact — If you really want to drive home your point, try using a single image taking up the entire slide, with few or no words.  In other words, you convey your point visually, instead of using text and bullets.  This can make a point powerfully.  It’s especially powerful when such a slide is mixed in with other slides that have bullet points on them — it’s a nice break.  For an image to cover the entire slide, go for a medium or large size image, and make sure it’s a horizontal image (not a vertical image).

Of course, I didn’t learn all of this on my own.  Here are tips on presentations from two other resources, that you may find helpful, that I’ve learned from:

The 10/20/30 Rule – Guy Kawasaki says PowerPoint presentations should have 10 slides, last for 20 minutes and be in 30-point font. His tips are meant for entrepreneurs seeking investment from venture capitalists. And while I do have many PowerPoint presentations that are more than 10 slides and last longer than 20 minutes, I find his simple rule easy to remember and a good general guide. If you interpret his rule to mean (1) keep the number of slides limited;  (2) allow 2 minutes talking per slide; and (3) keep the font large — you’ll be doing your audience a favor.

1-Minute Billboard Test — Vivek Singh of All About Presentations has an interesting test, where he asks you to think about  slides as being like billboards.  He has a self-test on his site, where he asks you to imagine you are glancing at a billboard while driving and you have exactly 4 seconds for the image to make an impression — what stands out after 4 seconds?  While there is no right or wrong answer, by taking his self-test you realize the importance of de-cluttering your slides.  So, when choosing and presenting images and text on a slide, keep it simple. “Busy” slides need not apply.

Anita Campbell is the Founder, CEO and Publisher of Small Business Trends and has been following trends in small businesses since 2003. She is the owner of BizSugar, a social media site for small businesses.
15 Reactions
Subscribe
Follow @smallbiztrends
RSS LinkedIn Pinterest iTunes