SMB Owners Still Not Sure About Social Media 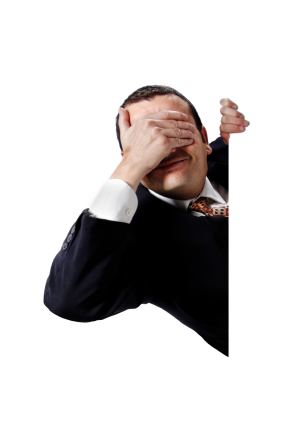 While your eyes were on Thanksgiving, eMarketer reported on a RatePoint survey from August 2010 that shared two pretty disheartening statistics about small business owners and their views on social media. Curious what they were? According to RatePoint:

If you’re a small business owner and you don’t think your customers are spending time on social media, I’d really encourage you to get out of your storefront and have a look around–because there’s an entire world passing you by. Earlier this year, Nielsen reported that the world now spends more than 100 billion minutes on social networks and blog sites, equating to 22 percent of all time online, or one in every four and a half minutes.

Where are those users hanging out? Well, Facebook crossed the 500 million member mark back in July, and Twitter has more than 100 million registered users, with 30,000 new people signing up every day. People are using these networks, and your customers are guaranteed to be among them. If you’re not there, it means you’re ignoring customers (and potential customers).

Local search company 15miles partnered with comScore to measure consumers’ search behaviors and how they were interacting online in the Local Search Usage Study. What they found was that that the ROBO effect (Research Online, Buy Offline) was very much still in place. According to their data, consumers in all age ranges prefer to go online first when looking for local business information.

More than that, establishing a presence in social media helps to establish credibility for a small business. Sixty-nine percent of consumers say they’re more likely to interact with and use a local business if they can find it on a social networking site. As an SMB, being present on these sites is a huge differentiation and trust source. People like doing business with companies on social media because they know that if they encounter a problem, there will be someone there to help them. It means the company is easily accessible. More than just being on social media, consumers want an SMB to establish a real presence there.

It’s surprising to me that at the end of 2010, nearly half of SMBs still aren’t sure their customers are using social sites to interact with brands and get trusted information. A few months ago, Danny Sullivan wrote about the “anyone know?” search, where consumers are routinely using sites like Twitter to get product-based recommendations. For example, you’ve probably seen tweets like, “Anyone know where to get a good slice of pizza?” or “Anyone know a good mechanic?” These are big opportunities for small business owners to convert new leads and build awareness.

Whether or not you think your customers are using social media, they are. The ability SMB owners have to reach out to consumers where they’re naturally hanging out is substantial, and it’s something you have to pay attention to. The Web is only going to get more social, not less.