How are entrepreneurs feeling about the economy as we head into the new year? I’m happy to have some good news to report on that front. Recently my company, GrowBiz Media, collaborated with Zoomerang, the world’s first Web-based survey tool, to survey small business owners about their business goals and plans for 2011. The results of the “Small to Midsized Business: Plans for 2011” survey were overwhelmingly positive about both their own companies, and the economy as a whole. Here’s a closer look at what our survey of over 1,000 SMB decision-makers (owners, partners and general managers) found. 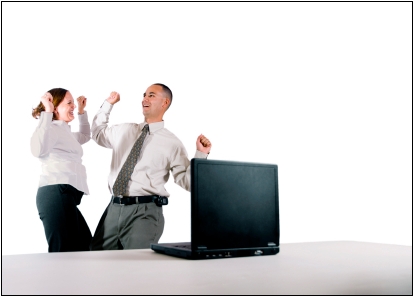 These entrepreneurs are also putting their money where their mouths are. Twenty-five percent plan to hire employees next year. With over 27 million small businesses in the U.S., Zoomerang’s Alex Terry believes this could lead to the creation of millions of jobs. And in contrast to the layoffs of recent years, 64 percent say they will maintain their current staff levels—just 11 percent plan to cut.

Small businesses are investing not only in employees, but also in new technology. Specifically, in 2011:

One survey finding that surprised me: Only 33 percent of entrepreneurs surveyed expect to add social media to their marketing mix in 2011. If you read Lisa Barone’s posts on this site with any regularity, you should have a good idea of how quickly and effectively social media can boost your business’s profile—and its sales. There’s simply no reason not to at least try this tool in 2011—so if you’re not already using social media, I urge you to start experimenting with it next year.

How do your plans and feelings compare with those of our survey respondents? If you’re not planning to invest in your business in 2011, be aware that many other entrepreneurs are. That could leave your business lagging behind—and that’s something no small business can afford in these competitive times.

I’d love to hear what you think of these results and how optimistic (or pessimistic) you’re feeling going into 2011. To learn more, take a look at the full survey on the Zoomerang site.