5 Steps To Being A Company Customers Love 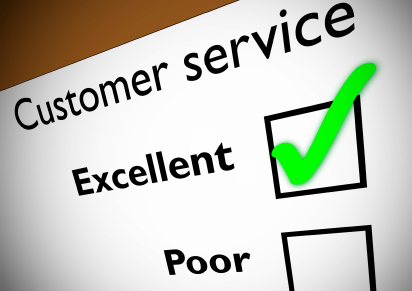 I’m contacted fairly often by small business owners curious as to how they should handle this social media thing. They’re confused because they see companies that are doing it well, but they also see companies doing it horribly, horribly wrong. They want to make sure they stay on the high road and don’t anger customers in the process. They want to be a company that customers love. But how can they use social media to do that? How can they leverage social media in a way that’s not sleazy, but instead, truly shows that they’re trying to get to know and help their customers?

Here are a few ways to make customers fall in love with you through social media.

Be Accessible: When you make the investment to put resources toward social media, a big part of that should be dedicating time to be spent there. That’s what customers want to see. They want to know that if they have a concern, they can send you a message and that you’ll respond quickly. They want to see that if they mention your name + a problem, you’ll see it and get in touch with them. It doesn’t take much to monitor your brand on social media, however, the benefits are huge. To take advantage of social media, you have to be social. And that means really being there and making yourself accessible.

Create a system for handling issues: When someone reports an issue via social media, make sure it’s put into your customer service queue so the right people see it. Create your own social media command center to help you keep track of the people you’re talking to and what you’re talking to them about. As a user, there’s nothing more frustrating that having to re-explain the same problem to a member of the same company, especially if it’s via the same social media account. The right arm should know what the left is doing.

Have real conversations: Listen, I know you’re on social media because you’re hoping it will increase sales and leads. Your customers know that, too. But that doesn’t mean every conversation has to be about work or you telling me how great your company is. Customers want to hear about the you that exists outside of work hours. They want to get to know you and they want you to show you care by getting to know them. Relationships are built in the details. In the good mornings, in the sharing of your favorite TV shows and in sharing what you had for dinner. Don’t forget to be a person when you’re busy trying to be a business. People do business with other people, not with logos.

Listen to feedback: The cool thing about social media is that you have a constant audience of people willing to give you feedback, positive and negative. Use it. Companies historically have had to pay for that level of transparency. Social media gives it to you for free. Make note of the things people like about your brand, listen to what they don’t like, and ask them questions designed to help you better how you serve them. The more conversations you have with customers about your brand, the more you’ll learn about what they want and the more invested you’ll make them in your success.

Apologize when it warrants it: You’re not perfect and at some point you’re probably going to goof. When that happens, instead of making excuses or trying to save face, just admit it. You may be familiar with a company called Foiled Cupcakes. They’ve done an incredible job using Twitter and social media to build their brand and they’re one of those brands customers really love. However, earlier this week they screwed up and upset one of their customers. What did they do? They blogged about the experience, explaining what happened, apologizing for the mistake, and telling customers how they’ll prevent it from happening again. The type of goodwill they racked up in that one moment? Priceless.

The truth is, becoming a company people love on social media isn’t much different from acting like one they love off it. We need to stop pretending it is. Focus on making your customers over-the-moon happy. That’s how you become great. Online and as a brick and mortar.