Venture capital (VC) companies have performed poorly in recent years, according to Cambridge Associates’ recently released statistics.  Analysis by the consulting firm revealed that rates of return have dwindled substantially from the double-digit annual numbers they enjoyed in the 1990s.  As of June 30, 2010, five-year returns to limited partners (LP) were merely 4.27 percent; 10-year returns were negative 4.15 percent.

Because most venture capitalists are wealthy, you shouldn’t worry that poor financial returns are imposing true hardship on them.  But you should be concerned that their poor earnings are harming the ecosystem for developing high growth startup companies in the United States. 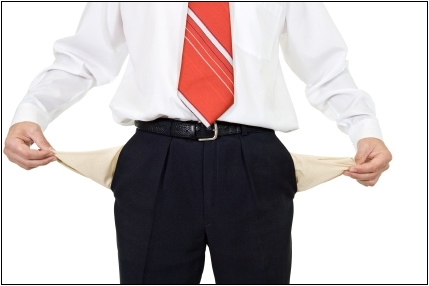 The National Venture Capital Association (NVCA) reported that last year the fewest venture capital funds brought in new money since 1993, and that the industry raised only $15.4 billion in 2009, the smallest amount in real dollar terms since 2003. As a result of declining fund raising, last year the venture capital industry had $179 billion in capital under management, the least in real dollar terms since 1999.

Fewer brand new companies are getting venture capital.  The 728 companies that the NVCA reported received financing for the first time in 2009 were the lowest since 1994.

Similarly weak numbers are seen in follow-on funding.  The 1,721 companies that the NVCA reports received follow-on financing in 2009 were the lowest since 1997.

As a result of the weak initial and follow-on funding, NVCA data show that the total number of companies receiving financing (2,372) last year and the real dollar value of the investments ($17.7 billion) were the lowest they’ve been since 1996.

That’s a problem because venture capital-backed start-ups are disproportionately likely to be job- and wealth-creating companies.  Research shows that venture capital backed companies are about 150 times as likely as the average start-up to create jobs.

It’s unlikely that some other source of capital will replace the missing VC money.  Angels are not a good candidate because their investments are very small compared to those made by VCs. Individual angels rarely invest more than $100,000 in a start-up and, as I have written elsewhere, the average investment by an angel group is less than $250,000.  These numbers are far below the $6.3 million invested in the average venture capital deal in 2009 PricewaterhouseCoopers Money Tree data.

Moreover, as I pointed out in an earlier column, angel groups are also cutting back on the number of companies they finance.

Banks and other debt providers aren’t a substitute either.  They will run afoul of usury laws if they charge the interest rates necessary to generate the rate of return expected for investments in the risky young companies that venture capitalists put their money in.

Editor’s Note: This article was previously published at OPENForum.com under the title: “Venture Capitalists Failure to Make Money is a Problem for Entrepreneurs.” It is republished here with permission.