California has been the number-one state for venture investing for more than 30 years. It doesn’t matter whether you measure VC activity in dollars, deals done, or capital under management. Actually, based on certain measures, California today accounts for a larger slice of the venture capital pie than it did 30 years ago. 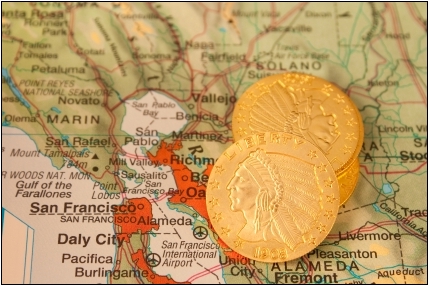 National Venture Capital Association (NVCA) data shows that, in 2009, half of all venture capital dollars invested in the United States were deployed in California. And over the 29-year period from 1980 through 2009, the state was responsible for 44.1 percent of all venture capital investment dollars. In no year since 1980 did California account for less than 32.2 percent of the dollars that VCs put into startups.

Among metropolitan areas, the San Francisco/San Jose axis has dominated venture capital for decades. According to a study by Henry Chen of Harvard University and his colleagues, the San Francisco/San Jose area accounted for 19 percent of all venture capital offices in 1985 and 24.4 percent in 2005.  By contrast, Washington D.C. only increased from 3.1 to 5.3 percent of all offices over the 20 year period studied by the researchers, and Atlanta only increased from 1.8 percent to 2.3 percent.

Why It’s Not Likely to Change

That stability is a function of a positive feedback loop between venture capitalists and entrepreneurs who need VC funding.  Venture capitalists need to find good investments, help entrepreneurs to build companies, and make sure that business founders act in accordance with investors’ interests.  All of that is easier if investors invest locally and stick to investing in places where a lot of venture capital-backable companies are already present.  In their study, Chen and his colleagues found that when venture capital firms open new offices, they tend to expand to Boston, San Francisco/San Jose, or New York, rather than places where venture capital isn’t already prevalent.

Venture capital-backed companies are high performing businesses, creating more jobs, producing more innovation, and generating more wealth than other kinds of startups.  This pattern has led governors and legislatures to look for ways to build up the venture capital industry in their states.

However, policy changes, such as lowering state income taxes, have done little to increase the amount of venture capital in most states.  Instead, venture capital remains concentrated where it was most prevalent 30 years ago.

Editor’s Note: This article was previously published at OPENForum.com under the title: “Creating Venture Capital Ecosystems.” It is republished here with permission.