The Great Recession officially ended in June 2009–at least, so say the economists at the National Bureau of Economic Research. That means it’s time for me to start writing about entrepreneurial finance during the economic recovery.  What has happened to small business finance since the end of the recession?

For the most part, entrepreneurial finance looks the same or slightly better now than at the end of the recession, but worse than before the downturn began. Take loan availability, for example.  The National Federation of Independent Business’s (NFIB) index of loan availability was at the same level in September 2010 as it was in June 2009.  However, the September figure was seven points below where it was in November 2007, the month before the recession began. 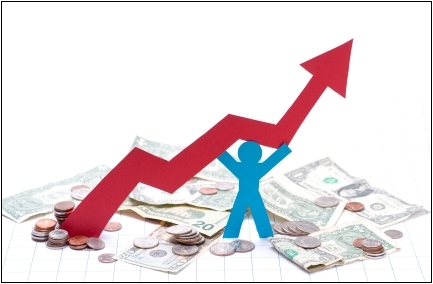 Valuations of VC-financed start-ups show this pattern as well. Data collected by Cooley Goddard, a law firm specializing in venture finance, show that the percentage of venture capital-backed companies experiencing up investment rounds rose from 30 percent in the second three months of 2009 to 58 percent from January through March 2010.  However, in the third quarter of 2007, 69 percent of businesses that received additional VC investments experienced up rounds.

The number of venture capital-backed companies exiting has improved since the recession ended, increasing from 83 in second quarter of 2009 to 118 in the third quarter of 2010.  However, the number of exits in the most recent quarter remains below the 134 occurring in Q3 of 2007.

Since the recovery began, trade credit has rebounded the most of all small business finance measures.  The Association of Credit Manager’s index of trade credit extended increased from 46.1 in June 2009 to 58.7 in September 2010, putting it just slightly below its level of 60.9 in November 2007.

On the other hand, some measures of entrepreneurial finance are actually worse now than at the end of the recession.  For instance, in September 2010, only 27 percent of the small business owners answering the NFIB’s monthly survey reported that their borrowing needs were satisfied, 3 percentage points worse than in the last month of the recession.  Similarly, the percentage of respondents to the Discover Small Business Watch experiencing cash flow problems in their businesses increased from 42 to 46 percent from June 2009 to October 2010.

Data from Angelsoft, the leading provider of angel investment tracking software shows continuing declines in the valuations of angel-group backed companies.  In the first three months of 2010, the median valuation of an angel group backed company was $2.2 million, down from $2.4 million in the second three months of 2009, which, in turn, was below the $2.8 million recorded in the third quarter of 2007.

In sum, the story of entrepreneurial finance in the recovery is straightforward.  While some measures have gotten better since the end of the recession, improvement has been limited, leaving most indicators well below where they were before the recession began.

Editor’s Note: This article was previously published at OPENForum.com under the title: “Entrepreneurial Finance in the Recovery.” It is republished here with permission.