How do the nation’s top economics bloggers feel about the state of the economy? This year’s fourth Kauffman Economic Outlook: A Quarterly Survey of Leading Economics Bloggers was recently released, and the outlook is, to put it mildly, not good.

In fact, the bloggers were more pessimistic about the economic outlook than they’ve been all year. The most common words used to describe the economy in the survey were “weak” and “uncertain.” Asked to characterize current economic conditions, 99 percent said that conditions are mixed, facing recession or in recession. (To break this down further, 64 percent said conditions are mixed, 27 percent say the economy is “facing recession,” and 7 percent say it is “weak and recessing.”) Just one respondent said the economy was ““strong with uncertain growth”—the lowest positives in any survey this year. 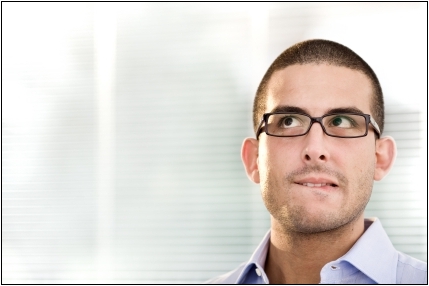 When asked about the probability of a double-dip recession in the United States, the average response is that there is a 41 percent probability. In every category of business, current conditions are rated as “fair, bad or very bad” by 90 percent of respondents.

Drilling down to specific aspects of government involvement, respondents were asked about the impact of the $868 billion dollar federal stimulus enacted in 2009. Sixty-two percent said they think the unemployment rate would be higher today if the stimulus package had never passed.

“It is not surprising to see such a diminishing outlook in the fourth quarter. Economics bloggers started the year hopeful for a summer recovery, but that obviously hasn’t developed,” said Tim Kane, senior fellow at the Kauffman Foundation and author of the study. “In our previous surveys, bloggers showed uncertainty about whether we would see a normal recovery or one that would last years, but clearly the experience of the last three months points toward the latter.”

I’ve blogged about prior quarters’ Kauffman Economic Outlook reports, and each time have been surprised by the negativity the economics bloggers feel. This quarter, more than ever, the optimism I’m seeing among small business owners and entrepreneurs is certainly not reflected in this survey.

What are your feelings about the economy heading into 2011? And how do you think the federal government can help improve the outlook—by stepping in, or by stepping back?

Editor’s Note: This article was previously published at OPENForum.com under the title: “Kauffman Survey Calls Economy Weak and Uncertain.” It is republished here with permission.