Look Up in the Sky: It’s a Super Angel

Venture capital has gotten harder to obtain in the recession years (VCs, like everyone else, have gotten more conservative with their investments). That’s why today’s innovative startup entrepreneurs are seeking financing from a new type of source: the “super angel.” 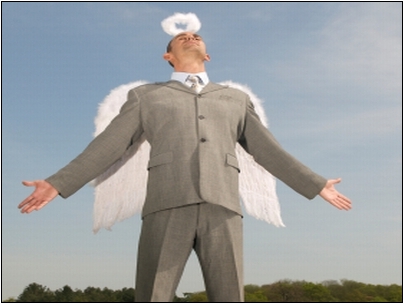 Halfway between traditional angel investors and venture capitalists, super angels combine the traits of both in a way that makes them well-suited to help today’s innovative entrepreneurs. Knowledge@Wharton recently took a look at what’s going on in the super angel arena. Here’s what you need to know:

Because of this high rate of activity, super angels are more likely to sell a business quickly—which has led some VC experts to criticize super angels for not giving entrepreneurial innovation time to mature. The evidence doesn’t support this claim, according to Knowledge@Wharton. Here’s why: because they invest less to begin with—super angels don’t have to look for a huge payoff the way VCs do. True, they may sell a company quickly to reap a profit—but they may also hang on for years until the company is ripe for exit. Super angels were among the first investors in Twitter and Facebook, and are still invested in both companies.

As institutional capital flows into more super angel funds, they could move beyond investing small amounts in startups and begin financing innovative firms in the growth stage. Still, given the entrepreneurial roots of today’s super angels, there’s slim chance they’ll ever lose their passion for the scrappy, innovative startup.

Editor’s Note: This article was previously published at OPENForum.com under the title: “It’s a Bird, It’s a Plane, It’s a Super Angel.” It is republished here with permission.