There was enough research released by various sources this month to make it necessary to do a bit of sifting, instead of having to desperately comb through my various sources to find enough material for this monthly post. That’s a problem I wish I had more often.

Here’s something you don’t see as often as you might expect: Intuit’s Small Business Employment Index and ADP’s National Employment Report more or less agree for the month of October. Fancy that! 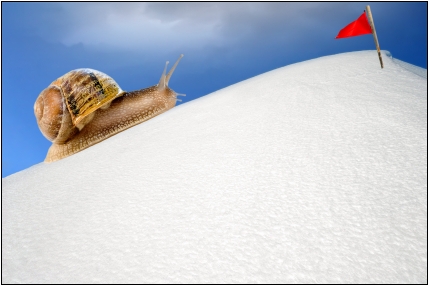 We have to assume these are net jobs, since the numbers are not labeled either net or gross. In any event, this news qualifies as one of those glass-half-empty-or-half-full deals, since this level of job creation isn’t enough to get the labor market looking healthier. Nonetheless, it’s certainly a lot better than job losses.

In fact, you might say it’s something else to be thankful for.

The answer to that question always depends on who you ask, of course, and this month the questionee was the World Bank.

The answer: about the same.

According to the World Bank’s latest annual Doing Business release, Singapore leads the international pack when it comes to ease of doing business for entrepreneurs, with Hong Kong, New Zealand, the United Kingdom and the United States rounding up the top five.

Given our national fetish for being top dog in everything, you might think somebody in Washington would care that we’re playing fifth banana to countries like Singapore and New Zealand. But, alas, no.

Or maybe what I should say is that, if anybody in Washington does care, they are being uncharacteristically quiet about their concern.

And, on everybody’s favorite subject, Paying Taxes, a separate report finds that 40 economies made it easier to pay taxes this year (the United States was not one of them).

On the other hand, next time you are cursing the government while doing your taxes, consider this: “[a]round the world, on average, the case-study company faces a total tax rate (percentage of profit paid out in taxes) of 47.8 percent. The company also spends 282 hours a year to comply with tax laws.”

Tell us something we don’t know

One of the most peculiar things about research findings is that they often “establish” things that those of us in the small business trenches already know.

Readers of The Journal Blog found out earlier this month, for example, that newly released research from Vistaprint uncovered the startling fact that about 75 percent of microbusiness owners say they aren’t interested in growing their businesses beyond micro size. Now, there’s a shocker, huh?

So, here’s another one, courtesy of the SBA Office of Advocacy: Rural small businesses don’t have the same access to affordable broadband service as urban small businesses.

Senator John Kerry (D-MA), former chair of the Senate Committee on Small Business and Entrepreneurship, summarized this research well when he said in a press statement that businesses in rural areas “are at a distinct disadvantage compared to businesses in big cities because fewer providers are offering less bandwidth at higher prices.”

The culprit, evidently, is a lack of competition. Of course, if you really want to find out what the deal is there, the smart thing to do would be to examine what the barriers to entry are in the rural broadband field. My hunch is that you’d discover all sorts of anti-competitive collusion between the incumbent telecom and cable giants and the federal government.