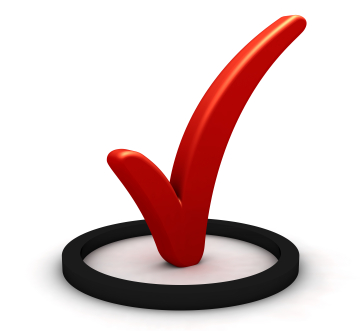 What do small business owners view as the most important promotion tool for their small business? Sorry, social networks. It’s not you–yet. According to a Fall survey from Constant Contact, small business owners look primarily to their website (93 percent) and e-mail marketing (92 percent) campaigns to get the word out about their businesses, with more than 90 percent of SMBs saying they use both. The news wasn’t all grim for social networks, however. Facebook took the third spot with 63 percent, while other social media like blogs, Twitter and LinkedIn came in at 33 percent, 31 percent and 29 percent, respectively.

Here’s a look at how the numbers panned out.

The numbers from Constant Contact reflect pretty much what I would have predicted. While social networks continue to grow attention and share year-over-year, traditional websites and e-mail campaigns remain the lifeblood of many SMBs’ promotional efforts – and with good reason. There are plenty of studies that support the effectiveness of e-mail marketing due to its strong personal connection with the reader. Couple that with SMBs owners’ tending to be a bit more skittish of new technology than larger companies are, and it makes sense that their budgets are where they are. However, that doesn’t mean change isn’t on the horizon.

The folks over at SaleSpider polled 384 small- to medium-sized business owners using Survey Monkey and found 63 percent of responders believed that social networks are helping them drive sales and revenue. More than that, 75 percent vowed to make social networking a bigger part of their marketing mix in the coming year, upping their budgets. And we’re seeing that across the board. While SaleSpider is perhaps targeting a more tech-savvy audience, it still demonstrates that small business owners are warming up to social media.

Social media is also making its presence known in online word of mouth. Constant Contact found that when it comes to attracting new customers and leads, word of mouth (online and offline) trumps all other methods and is vital to bringing in sales. Though social networks are not specifically called out, I have to think they are responsible for much of the online word of mouth generated. You may remember that earlier this year social media was named the top emerging channel for lead gen by Unisfair. I think that trend will continue.

It makes sense that things are starting to heat up in terms of small business owners’ use of social media. One of the biggest problems reported by SMBs year-after-year is their inability to attract new customers and to do it in a cost-effective way.  That’s exactly what social media allows for. I think as we start to see more marketing budgets moved over to social media and more SMB owners tapping into its uses, they’ll be able to reap the benefits even more than they already are.

What are the tools you most rely on for promotion and attracting new leads?