The Other Side of Risk in Franchising

It’s a risky proposition to make the move from corporate America to small business ownership. Not everyone has the courage to actually do it. Lots of people look into becoming franchise owners as a way to mitigate their risk. As you’ll soon see, there’s plenty of risk to go around.

Lots of people who are interested in exploring opportunities in franchise ownership do so because they think that it’s a lot less risky to invest in a franchise business as opposed to an independent business. 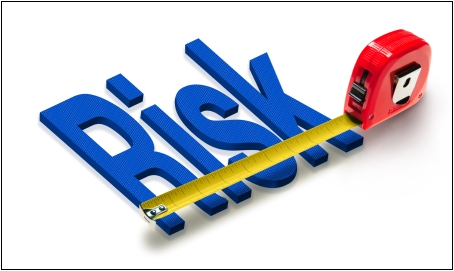 In some cases, it may be a lot less risky to become the owner of a franchise business, but lots of things have to really line up correctly for that to be the case. Things like:

When I started in my current role in franchising (2001), rather aggressive franchise success rates were being thrown around. They were so aggressive that our industry’s main association had to jump in to temper things a bit, in May 2005.

It has come to our attention that some IFA-member companies may be providing information about franchising that is long out of date and no longer presents an accurate picture of the sector.

Of particular concern is information claiming that the success rate of franchised establishments is much greater than that of independent small businesses.

Many years ago, the U.S. Department of Commerce conducted studies about franchising which presented such statistics. That information is no longer valid. The agency stopped conducting such studies in 1987.

We strongly urge you to remove any information from your Web site and published materials that make such a claim. The use of such data, in the absence of current research, could mislead prospective franchisees who are attempting to conduct responsible investigations.

As I stated earlier, I feel that starting a franchise business as opposed to starting an independent business can be a lower-risk proposition if everything really lines up. But I was only talking about your risk. What about the franchisor’s risk?

Believe it or not, it’s a pretty risky proposition to invent and then set up a brand new franchise concept. In addition to the financial investment needed to do it right (well over $100,000), there’s an operations manual to write (and perfect), the right technology (software and computer systems) to be purchased and customized, all the legal requirements to be met, and the new concept has to be marketed. Last, but not least, it then has to be sold, one franchise at a time.

Now, I don’t expect you to feel sorry for franchisors; they can create some pretty terrific wealth for themselves. What I am trying to tell you is that franchisors are taking a major risk every time they award someone a franchise.

Think about it: The potential royalty stream from one franchisee over the life of the franchise contract (typically 10 years) can be $200,000 (on the low end) to over $1 million. (Franchisors don’t really make a lot of profit on the upfront franchise fees; they make it from the ongoing royalties.)

As a franchisor, you may want this franchisee out of your system. To terminate this franchisee’s agreement, you’ll probably have to spend a bundle on legal costs, plus you’ll be taking time away from more important tasks, like finding new franchise owners and taking care of your current ones. That can’t be very enjoyable.

As you can see, there’s another side of risk in the franchise equation. I’ll bet you didn’t know that.

Can you see how important it is for there to be a great match between the would-be franchise owner and the franchisor?

Can you see how a great match can reduce risk, on both sides?

Joel Libava is the Franchise Expert for Small Business Trends. Joel, The Franchise King®, equips today’s prospective franchise owners with time-tested, proven techniques designed to increase odds of success. He does this through one-on-one coaching, and gobs of useful content that can be found on places like Small Business Trends, SBA.Gov, and his award-winning franchise blog, The Franchise King Blog . He’s been featured in Entrepreneur® magazine, and is frequently called upon by national media outlets and publications for his no-spin insights into the world of franchising.
11 Reactions
Subscribe
Follow @smallbiztrends
RSS LinkedIn Pinterest iTunes