Do You Need to Hire This Year? Where Will You Find New Employees?

Are you planning to hire new staff in 2011? After two years of slashing staffs to the bone, many small businesses may feel it’s finally time to staff up so they can take advantage of the recovery.

But do you know where to find those workers? 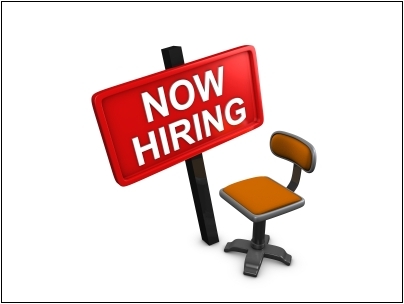 The world of hiring has changed, and the Wall Street Journal recently took a look at how companies are planning to hire in the coming months. Here’s some of what they found:

The Journal cites a December survey by consultancy The Corporate Executive Board Co. that found 24 percent of companies expect to decrease the use of third-party employment websites and job boards in the next 12 months. At the same time, the survey found, almost 80 percent of companies surveyed will rely more heavily on alternative methods such as Facebook, LinkedIn and referrals from employees.

With more job openings out there, your small business will face increased competition from big companies when you do take steps to hire. So what to do? The Corporate Executive Board survey was focused on larger companies, but there are still some valuable takeaways for small businesses.

First, get back to basics. I think it’s ironic that big companies are turning to some of the time-honored tactics small companies have always used to find employees. Getting referrals from current workers, using your network of contacts to seek candidates, and even looking to your competitors as sources of job applicants are all strategies that work well for small businesses.

Second, take advantage of the ability that social networking and the Web have given us to supercharge our employee-search tactics. In the past, you would have had to actually get on the phone with 50 or 100 contacts to put the word out that you’re looking for a new marketing director, now you can let people know about it with the click of a mouse.

Third, focus on quality, not quantity. Putting the word out to a few select people you truly trust gives you better results than posting a job opening on Facebook (although the latter still beats a general job board listing for delivering relevant candidates). You’ll save time by not wading through piles of applications—and find the perfect employee far faster.