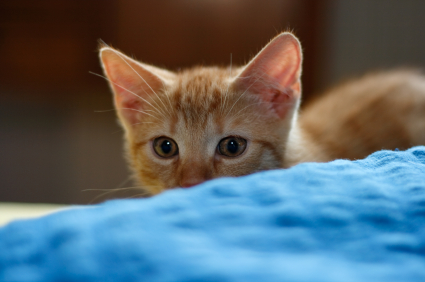 In life, I get away with quite a bit thanks to an innocent face and my ability to become doe-eye on command. On the Internet, I get away with even more because I’ve learned how to act unseen and keep an eye on my competitors without them even knowing. And that’s one of the greatest gifts we have through social media – the ability to track our competitors without them feeling our glance. One of my favorite tools to stalk my competitors is Twitter. What can I learn about my competition strictly by watching and analyzing their Twitter accounts?

Grab a pen. Here are a few of my favorite things.

The first step of competitor stalking is to analyze the basics of their account. Bring up their Twitter profile and take note of:

Many people will ignore the bio box on a user’s Twitter profile simply because it’s so small, but there’s quite a bit of information to be had there if you take the time to look.

With how quickly new social media tools emerge and the different features offered I like to keep track of what tools my competitors are using. Knowing this gives me an idea of what kind of stats they’re tracking, whether or not certain updates or automated, or what plugins they’re using to help users share their content. For example, did you know Chris Brogan uses Hootsuite, Scott Stratten uses UberTwitter, and SMB social networking site BizSugar uses Social Oomph?

Well, now you do. And knowing that will help you understand their strategy a little bit, while also keeping your eyes open to new tools.

3. What Kind Of Conversation They Have

Whether you use a tool like TweetDeck or just have a saved Twitter Search handy, keep an eye on the conversations that your competition is having on Twitter. How are they replying to their customers? Do they reply to everyone who mentions them? Are they around to answers questions in real-time? Is there an opportunity for you to jump in and claim some of their leads? If you notice that your competition is replying to customers infrequently or not hopping into conversations about their brand, then you know they probably haven’t put together a solid social media campaign and they’re just haphazardly using it. However, if it looks like they’re monitoring keywords, jumping on “anyone know…” type searches and being all-stars at Twitter customer service, then it may be a sign that you need to ramp up your own efforts.

To say there are a lot of Twitter tools available to help you analyze your competitors account would be a huge understatement. Because there are more than “a lot”. And there’s a new one popping up every day. Below are some of the Twitter tools I’m partial to and a look at how I use them.

5. Find their Other Social Accounts

If your competitor has a YouTube channel, they’re probably going to share that content on Twitter. If they have a blog, they’re going to drop the URL to direct their customers there. If they have an emails newsletter, they’re going to want to make sure their Twitter followers are aware of that. By keeping an eye on their tweets and where they’re linking to, it helps you stay up to date on how they’re using these other channels, as well. We always say how important it is to cross-link social media accounts, right? Follow the trail.