The Janus Month: Looking Back and Looking Forward

Small business research has been pretty thin over the last couple of months but what little there is happens to be focused on a single big question, “How are we doing?” Or, to be more accurate, “How were we doing?”

The State of Small Business

During the course of 2010, staff from the SBA Office of Advocacy spent some of their time working on the office’s annual report to the President on small business for 2009. (Similarly, they’ll spend a nice-sized chunk of this year working on their report for 2010.) The report was just released a couple of days ago.

It’s a bit mind-boggling to try to send yourself back to 2009, when the economy was busily falling to pieces around us. It seems like a million years ago. 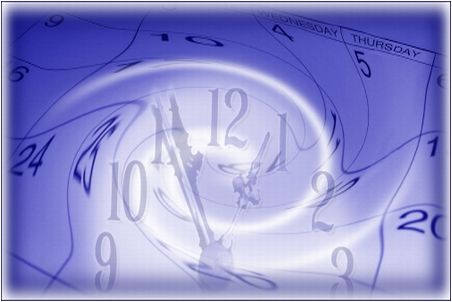 During the first six months of that year, the economy shed about 3.3 million jobs — almost 2 million of them in the first quarter alone. The pace of job losses slowed as the year progressed, but by the time the ball dropped to usher in 2010, we were down 4.3 million jobs.

Small businesses were getting hammered, of course. The report notes that they accounted for 60 percent of net job losses, with the greatest hits taken in the first quarter of 2009.

If the employment is not your favorite metric by which to judge the small business sector, perhaps you’re one of those folks who think that small firms will thrive as long as they can borrow money. If so, then you may recall that 2009 wasn’t a good year for that kind of activity, either.

In fact, quite a lot of the small business policy debate we got to listen to was a kind of chicken-and-egg argument about small firm lending.

In this corner, we have the businesses-gotta-borrow crowd, who complained long and loud about banks tightening their lending standards and refusing to lend to small firms. If only we could loosen things up at the banks, these folks theorized, small businesses could borrow what they need and expand their businesses and hire people and save our political careers!

Not so fast, said the folks in the other corner, to whom we will refer as the first-things-first crowd. It doesn’t really matter that the banks aren’t lending because loan demand is down anyway, they said. Small businesses don’t really want to borrow. They can’t afford to borrow because their customers aren’t buying. Think about that before you go standing on the bankers’ necks.

We got to listen to this argument all year lon,g and at no point in time did I hear anybody stop and say, “You’re both right. Nothing you say is going to describe all small firms anyway, so knock it off!”

We’ll see how accurate those estimates turn out to be. It wouldn’t surprise me to discover that the number of nonemployers increased more than expected. After all, sometimes those vanishing employer firms don’t close, they just revert to nonemployers.

All things considered, when you think about where we are now, you almost can’t help quoting that old Virginia Slims commercial:  You’ve come a long way, baby.

As usual, the various small business employment indexes disagree with each other — mainly because they measure slightly different things.

Meanwhile, according to the Bureau of Labor Statistics, overall nonfarm payroll employment increased by 103,000 in December.

No matter how you look at it, we’re certainly doing quite a lot better than we were in 2009.

As for how things are going in small business lending land, that is still a matter for debate. The most recent Small Business Economic Trends release from the National Federation of Independent Business (December 2010) indicates that the vast majority (91 percent) of small businesses have no interest in borrowing or their credit needs are already being met.

On the other hand, the Pepperdine Private Capital Markets Study was released earlier this month and it shows a different picture. Only 40 percent of private business owners report having adequate capital for growth. The survey also showed that lenders and investors reject 73 percent of applications based on cash flow and 90 percent of those secured by real estate holdings.

That particular argument rages on, but it is raging much more quietly now that economic growth is back with us.