Taxes, and taxes for small business in particular, were headline news for a good part of 2010. This is because of the pending expiration of the Bush-era tax cuts, the extension of those cuts, and legislation creating incentives for hiring and improving the economy. In 2011, taxes will continue to be an important subject for small business owners, who face a compendium of new rules and regulations. Here’s a look at the top 10 trends in taxes for the year. 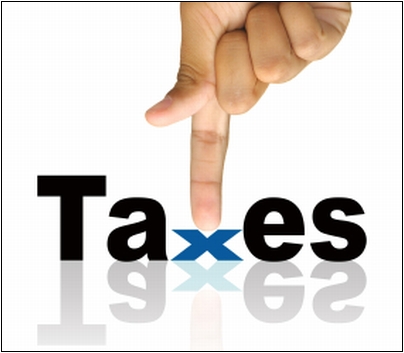 In the 2010 income tax filing season (for 2009 returns), the number of returns filed electronically reached an all-time high. According to the IRS, 70.37 percent of individuals filed (or had their returns filed through paid preparers) electronically; e-filing should increase in 2011.

For businesses, electronic filing is required for large corporations (those with $10 million or more in total assets and that file 250 or more returns a year) and encouraged for small businesses. E-filing isn’t limited to income tax returns. Businesses are encouraged to e-file information returns and excise tax returns with the IRS and e-file their W-2 forms with the Social Security Administration.

Also, tax return preparers are now required by federal law to e-file client returns if they prepare at least 100 returns. The threshold will decline to 11 or more returns in 2012.

2. Taxes as a political issue

Tea Party candidates helped to bring tax issues to the fore in 2010. Expect this trend to continue in 2011, as the need for more revenue to reduce deficits continues to dominate the political conversation.

Tea Party sympathizers argue that reducing tax rates will help the economy and ultimately increase tax revenues. Many Democrats have argued that “fairness” dictates higher taxes be imposed on wealthier taxpayers. A new Congress in 2011 will debate tax reform. One proposal likely to be introduced early on by some Republicans is the “Fair Tax,” which would include abolishing the IRS and creating a national sales tax. A Fair Tax video explains what this tax would mean.

As part of the government’s fiscal year 2011, the IRS requested a 5.33 percent increase in enforcement activities—investigations, examinations and collections. Since the government continues to operate on a temporary basis, actual figures for allocations to the IRS for FY 2011 are not yet set.

The Tax Relief, Unemployment Insurance Reauthorization, and Job Creation Act of 2010 extended a number of provisions that had expired at the end of 2009; the extensions end on December 31, 2011. Congress likely will take up the issue of additional extensions, at least of key provisions.

One key provision is the research credit. The credit was created as a temporary provision by the Economic Recovery Tax Act of 1981. Since then, it has been extended 14 times (including this new extension). Many business leaders want the credit to be made permanent.

The alternative minimum tax (AMT) is a second income tax system that runs parallel to the regular tax system, but has different rates, different exemption amounts and other rules. Individuals figure their taxes under the regular tax rules and the AMT and pay the higher amount. The AMT has been “patched” for 2010 and 2011 by an increased exemption amount, which effectively will keep millions of taxpayers from owning this tax. However, what will happen after 2011? Expect this matter to come under debate in 2011.

The Obama Tax Commission’s report has suggested complete repeal of this complex tax system, but unfortunately the cost of repeal ($1.4 trillion over 10 years) is just too high. Simplification to AMT rules is another of the Commission’s options; this likely will receive greater attention, along with another “patch” for 2012.

Many states will continue to see budget shortfalls during 2011 and beyond. While there has been considerable spending cuts, revenues are still insufficient and federal subsidies are declining (about $60 billion remains from the funds under the American Recovery and Reinvestment Act of 2009 to help with 2011 fiscal problems, but only $6 billion will remain for FY 2012).

To meet the budget shortfalls, over 30 states have raised taxes, and new tax hikes could be introduced in the next year.

The IRS has taken a variety of steps to weed out uninformed and unscrupulous tax return preparers. It has initiated a new practitioner identification number, or PTIN program, for those who prepare returns for a fee.

In the spring or summer of 2011, it will announce new continuing education requirements and competency testing for preparers who are not accountants, attorneys or enrolled preparers who are already subject to such oversight.

Also, the IRS is continuing its efforts to pursue civil or criminal prosecutions of return preparers who use questionable practices. Clients of such preparers are vulnerable to examination, making a taxpayer’s selection of a return preparer more critical than ever.

In an effort to make the subject of taxes more accessible, the IRS has launched a number of programs to expand its reach on the Web:

These social media efforts should ramp up during the tax filing season.

The IRS uses information returns to make sure that taxpayers are reporting their income rather than relying on the honor system. In 2011, for the first time, banks and other financial institutions will have to report merchant transactions on a new Form 1099-K. The transactions include amounts processed on credit cards, debit cards, PayPal and other electronic transactions.

Additional information reporting scheduled to begin in 2012 requires all businesses to report payments of goods and services of $600 or more annually to other businesses. Most small businesses, along with the Obama Administration, want this measure repealed as soon as possible; it is simply an administrative nightmare.

Bottom line: Taxes will undoubtedly change in 2011 and in years to come. Stay alert to opportunities that could help you.

Barbara Weltman is the Tax Columnist for Small Business Trends. She is an attorney and author of J.K. Lasser’s Small Business Taxes and The Complete Idiot’s Guide to Starting a Home-Based Business. She is also the publisher of Idea of the Day® and monthly e-newsletter Big Ideas for Small Business® and is a trusted professional advocate for small businesses and entrepreneurs.
8 Reactions
Subscribe
Follow @smallbiztrends
RSS LinkedIn Pinterest iTunes