Web 2.0 Pays Off for Businesses

How is your company using Web 2.0? (Or is it?) McKinsey & Company recently released the results of a survey of how more than 3,200 companies in a range of regions and industries use Web 2.0 tools and technologies. Companies were asked about the business benefits and organizational impact of 12 Web 2.0 technologies: blogs, mashups (a Web application that combines multiple sources of data into a single tool), microblogging, peer to peer, podcasts, prediction markets, rating, RSS, social networking, tagging, video sharing and wikis.

In this fourth year of the study, Web 2.0 continues to grow. Two-thirds of the respondents reported using Web 2.0 tools in their organizations. The percentage of companies using social networking (40 percent) and blogs (38 percent) rose significantly, as did the number of employees using Web 2.0. 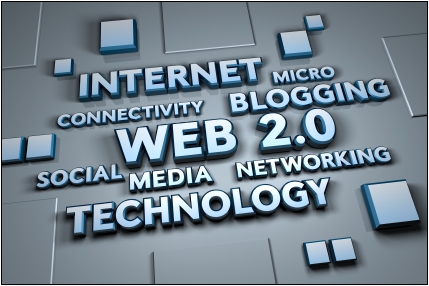 And those numbers will only increase. Two-thirds of respondents who are currently using Web 2.0 say they plan to boost future investments in these technologies, compared with slightly more than 50 percent who said they would increase spending last year. “The healthy spending plans during both [2009 and 2010] underscore the value companies expect to gain,” the study reports.

Now, this being a McKinsey study, the companies surveyed were not exactly small businesses. “So what does this have to do with my company?” you may be asking. Here’s why you should care, and why—if you’re not already implementing Web 2.0 tools in your business—it’s time to get cracking:  Nine out of ten respondents said Web 2.0 technologies resulted in at least one measurable business benefit. More specifically:

When working with customers, businesses reported Web 2.0 led to:

When working with suppliers/partners, here’s what they reported:

There were even measurable results internally: 77 percent of respondents said use of Web 2.0 technologies gave them faster access to knowledge within the company. (In other words, it helps you get things done faster—and every entrepreneur knows how crucial that is.)

However you slice and dice this study, it proves two things: One, that businesses can derive measurable benefits from Web 2.0; and two, that you’d better get in on the Web 2.0 game—because big companies certainly are.