Is the S Corp Right for Your Small Business?

Whether you’re an SEO consultant or event planner, you’ve probably considered incorporating your business at one time or another. The decision to incorporate brings several businesses, from asset protection and lower liability to easier access to business credit and capital.

However, if you’re like most business owners, your biggest concern boils down to a single word…taxes.

Choosing the right business structure is a weighty issue, one you’ll want to consider carefully from all angles. The S Corporation is a popular way for small businesses to optimize their tax treatment. And with the S Corp election deadline approaching (March 15 for existing corporations), it’s a good time to examine this business entity. 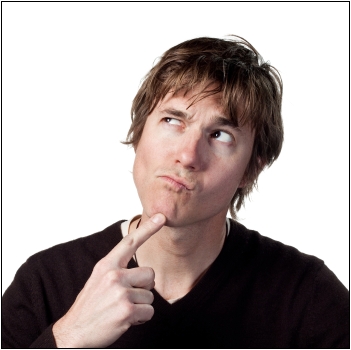 What is the S Corporation?

The S Corporation actually begins as a general, for-profit C Corporation. After the corporation has been formed, it may elect ‘S Corporation Status’ by filing Form 2553 with the IRS in a timely manner (more on the deadline below…). With this S Corporation election, the company is now taxed as a sole proprietor or partnership rather than as a separate entity like the C Corp. This means that corporate profits and losses are “passed-through” and reported on the personal income tax returns of the shareholders. That’s why the S Corp is known as a “pass-through entity.”

An S Corp is comprised of shareholders. Its members receive dividends allocated in accordance with the number of shares each holds. One of the greatest advantages of this business structure is that it allows profits to be distributed to owners in lieu of wages. This way, owners avoid paying separate federal taxes on company profits and personal wages.

S Corporation and Your Taxes

The best way to understand the S Corp’s impact on your taxes is to examine a few example cases. Of course, state and Federal tax rules vary, so it’s important to check with your accountant regarding your specific circumstances.

Now let’s say Jeanie had elected S Corp pass-through treatment for her business. As an S Corp, her business pays no income tax. The full $100,000 is distributed to Jeanie and she pays $28,000 on her personal income statement. It’s pretty easy to see the benefit between $28,000 vs. $48,160 tax payments for the year.

Although you are hoping for profits, there may be years when your business sustains some losses as well. Like profits, losses must also be reported to the IRS. In this example, Frank quit his job as a plumber and opened a yoga studio in 2010. Since he’s just starting out and had a lot of upfront costs, his yoga business ended up with a loss for the year.

This loss could be “passed through” to Frank’s personal income statement, which helped him offset his other sources of income (i.e. the income from his plumbing job and stock profits).  This helped him greatly reduce his personal tax liability for the year, and Frank was able to invest some of his refund into his yoga business.

Charlie and Heidi open a chicken broth factory, each owning 50 percent of the business. Charlie is the investor and Heidi does all the work. Soon, the business is more profitable than they had ever imagined. Because Heidi has been working so hard, while Charlie has been on vacation for the past 8 months, they agree that Heidi should keep 75 percent of the profits and Charlie should get 25 percent. In an S Corporation, this arrangement would be a big problem.

In an S Corporation, each owner/shareholder must share in the income in direct proportion to their ownership. Since Charlie and Heidi each own 50 percent, they will be allocated 50 percent of the corporation’s income (at least for the purpose of computing their personal income tax statements), regardless of any other agreements between the parties. An LLC (Limited Liability Company) would be better in this situation, as it is flexible when it comes to allocating income amongst the owners. Charlie and Heidi simply agree to the arrangement and they will be taxed accordingly.

How to Form an S Corporation

Here’s the deal: If you have an existing Corporation (C Corp) or LLC, March 15th is your deadline for filing IRS Form 2553 with the IRS and electing S Corporation status for this tax year and forward. In other words, if your corporation/LLC existed on Jan 1, 2011, you need to file form 2553 by March 15, 2011 in order to have your S Corp in effect for the 2011 tax year. However, if you form a corporation or LLC on June 1, 2011, then your S Corporation deadline is August 15 (75 days from June 1).

If you miss the deadline, you’ll most likely be taxed as a C Corporation for the current tax year, and then your S Corp election will be effective for the following tax year. The IRS may give you a pass if you can show that your failure to file on time was due to ‘reasonable cause.’ Of course, no one wants to be at the mercy of the IRS, so play it safe and get your form in on time.

Your decision to incorporate will ultimately depend on all the unique aspects of your business. But regardless of your business type, taking a serious look at your legal structure is essential and is one of the easiest ways to save on your income taxes for years to come.

Nellie Akalp is a passionate entrepreneur, business expert, professional speaker, author, and mother of four. She is the Founder and CEO of CorpNet.com, a trusted resource and service provider for business incorporation, LLC filings, and corporate compliance services in all 50 states.
20 Reactions
Subscribe
Follow @smallbiztrends
RSS LinkedIn Pinterest iTunes