As of today, there are 59,300 Google results for the exact search phrase “email vs. social media.”  Apparently it’s a hot topic and some people have declared war.  It appears that the social-media mavens are already claiming victory by stating that “email is dead.”

On the other hand, many (email-marketing vendors in particular) have come to email’s defense with a lot of data and pretty charts, claiming that email and social media are two peas in a pod and “we’re all in this together.”  While I tend to agree with this idea, it’s important to tease out what’s really going on out there. 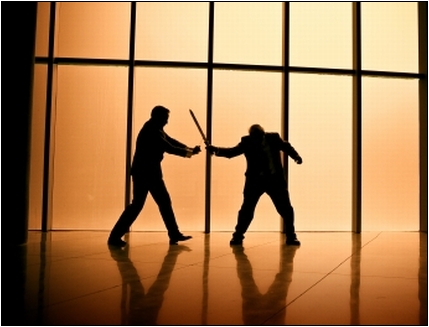 When looking at this argument (not for argument’s sake, but for the purpose of making business decisions), it’s important to focus on two key areas: target and intent.

Who is your target?

What is your intent?

In the end, if you’re communicating with the intent to do business, email is still the inner sanctum.  I manage my inbox religiously.  If I don’t, I get behind, and business suffers.  If I don’t tweet every day, the business isn’t impacted as much.  Businesspeople still guard their email more closely than they do their social profiles.  So, if you want to do business with someone, use social media to get into their inbox.  Either connect personally, or drive value to an opt-in form.

This is the general flow in our current times.  This may change though.  Right now, college grads are forced to adopt the email world in business.  But over time, their generation may change business to the degree that social media becomes their inner sanctum and email is either a forgotten channel or becomes a channel that leads to the inner sanctum.

Meanwhile, DMs on Twitter and messages on Facebook look almost identical to their predecessor: email.  Not much has changed.  It’s just got new wrapping paper.  The war is not a war – it’s an evolution.

Tyler Garns, Business & Marketing Strategist at Tyler Garns Marketing LLC, has over 10 years of experience in the field and is a recognized expert in Internet marketing. Tyler specializes in building "done-for-you" campaigns. You can follow him on the Tyler Garns Blog.
26 Reactions
Subscribe
Follow @smallbiztrends
RSS LinkedIn Pinterest iTunes