Is It Time to Consider an Electric Vehicle for Your Business?

For many businesses, vehicle travel produces the largest environmental impact. Think about all those meetings, errands and deliveries.

Automobile usage should be part of any business’s sustainability plan. Transportation accounts for about 30 percent of all U.S. greenhouse gas emissions. One small SUV, for instance, contributes about 10,000 lbs. of carbon emissions for every 12,000 miles driven. What’s more, some oil industry insiders predict gasoline prices could rise to $5 per gallon by 2012, making fuel efficiency a big financial factor as much as a green factor.

In recent years, many  businesses have adopted “green fleets” and bought hybrid vehicles or even turned to biodiesel fuel. But the latest buzz in the auto industry is electric cars (some with zero tailpipe emissions). A few electric car models are currently being sold in the U.S. with several more expected in coming months and years. 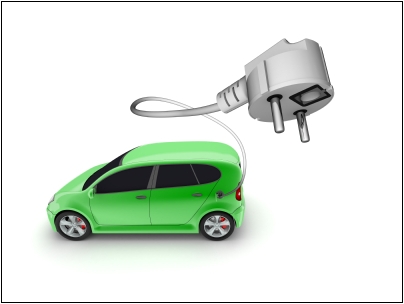 Is it time to seriously consider one?

Experts say electric vehicles have the potential to cut greenhouse gas emissions by at least 30 percent in the U.S., since a portion of the U.S. electricity supply is now generated by clean sources, such as wind and solar power, and electricity producers are under pressure to be even cleaner.

However, before you jump aboard, here are some considerations:

Cost: You can potentially save a lot of money long term by going electric, since electricity is a far more cost-effective power source than gasoline. According to FuelEconomy.gov, driving a Nissan Leaf electric vehicle 15,000 miles a year costs $561, compared with $927 for a Toyota Prius and $1,599 for a conventional Honda Civic. (The math depends, of course, on electric kilowatt-hour charges in your area compared with gas prices.)

Electric cars also have lower ongoing maintenance costs, since things such as regular oil changes are needed less often. The financial payback will really depend on how many miles you drive and the vehicle’s price tag, assuming you have no major repair costs along the way. Several online calculators crunch the payback of electric vehicles. The federal government is also currently offering tax credits of up to $7,500 on electric vehicles.

Convenience: The new generation of electric cars is more user-friendly than the old generation in terms of mileage per battery charge. Yet some of today’s electric cars still have limited range: The Nissan Leaf’s battery is supposed to get about 100 miles per charge, though one New York Times tester discovered it was slightly less.

The new Chevrolet Volt, on the other hand, gets about 35 on its charge before a gasoline generator kicks in, allowing it to go up to 375 miles on one trip. Keep in mind that some electric cars require specialty charging equipment, meaning you can’t charge them just anywhere.

Early adoption factor: There are always risks to being an early adopter. The price of electric vehicles could drop substantially in coming years as automakers churn out more models. Today’s “new” electric cars could quickly become outdated, with cheaper yet superior versions majorly denting the resale value of the older models. As with any emerging technology, early adopters are often the ones to hit the potholes.

Kelly Spors is a former small-business and entrepreneurship reporter and blogger for The Wall Street Journal who has also written for Yahoo!, Entrepreneur, NFIB's MyBusiness magazine and The New York Times. Kelly is now a freelance editor and writer based in Minneapolis and has previously managed communications for an environmental non-profit that helps businesses find ways to be greener.
4 Reactions
Subscribe
Follow @smallbiztrends
RSS LinkedIn Pinterest iTunes