With the rise of local, mobile and the social Web, small business owners have a lot on their plates in terms of marketing to customers. With so many options and avenues, you want to make sure you’re using the services and the platforms that your customers are gravitating toward, while also staying on top of trends.

But how do you do that? You do it by seeking out data. Lucky for us, we didn’t have to do too much research to find out just how many million users are flocking to Yelp via their mobile phones each month. 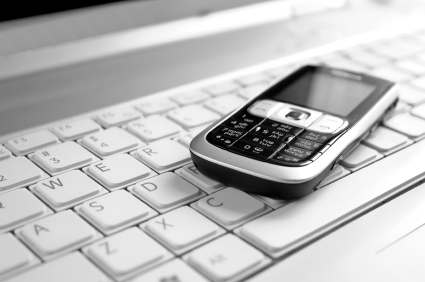 Last week Yelp released some impressive mobile numbers that small business owners should take note of. According to the data:

As a marketer and SMB, there’s a lot of useful information tucked inside those statistics. For example, the data show that Yelpers aren’t passive about their searching, especially when coming from a mobile application. They’re engaged, they’re on a mission, and if you can entice them via a Yelp check-in offer or a Yelp Special, they’re going to click on your listing and make contact. This is something we’re constantly seeing with mobile users (that they’re searchers on a mission), and it’s once again reaffirmed here.

I was also interested in seeing that more than a third of Yelp’s searches are coming from mobile applications, because it gives us a sense of real search numbers associated with mobile. We’re far beyond the days when it was just the ubergeeks with their smartphones surfing while on the go. Mobile now has a mainstream audience and, as a result, small business owners need to be there.

As an SMB, what does all this information mean? Two things:

1. Mobile is alive and thriving: After years of false hope that this would be the year of mobile, the year of mobile is here and it is right now. With Yelp now claiming 3.2 million mobile users and Google recently releasing a new mobile app for Google Places and Google Hotpot, mobile is seeing real activity. And it will only gain more momentum as Google enters the fray and users become more adept at searching via mobile devices. As an SMB, if you’re not taking advantage of mobile now, you’re already behind the rest of the pack. Your business should be as widely represented on the mobile Web as it is on the traditional Web.

2. Yelp may be an SMB’s best friend: I’m a really big fan of Yelp. As a small business owner myself, I think they provide an enormous opportunity to appeal to motivated users and to use discounts or special offers to lower the barrier to conversion. With more than 15 million reviews, there’s a good chance that your current customers are there talking about you, and that others are there looking for information about you. By taking advantage of new Yelp features like check-in offers and better mobile tracking, you can reach out to customers at the exact moment they’re searching for you and get the intel you need to create better offers and incentives.

The data is another sign of both the power of mobile and the power of Yelp as a platform to connect with users. If you’re a small business owner, I’d encourage you to pay attention to both.