Killing Giants: 3 Ways to Steal Customers Out From Under the Giant’s Nose

Every day, we wake up and hit the floor ready to do battle against some competitor who spends more on postage than we do on marketing. They’re huge. They’ve got a massive budget, a big payroll, agencies tripping over each other and resources we can’t hope to match.

And we’re supposed to beat them, today and every day.

This is good news.

In Killing Giants: 10 Strategies to Topple the Goliath in Your Industry, I spoke to over 70 “giant killers” from 13 countries around the world, representing industries from consumer products to technology to B2B, and I learned that not only can you out-maneuver the giants you face, but you can often take advantage of their greatest strength in the process.

Here are three ways you can kill the giants. 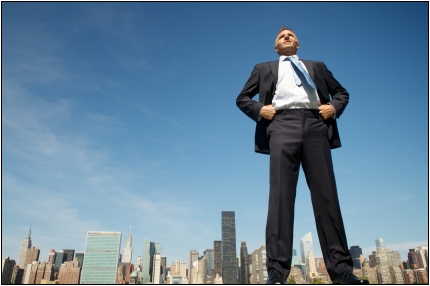 Is the giant spending millions on advertising? Are they launching a massive campaign or a huge product launch? Don’t look at this as a matter of their budget vs. yours – you’ll always lose that fight. Look at this from the perspective of them pulling millions of eyeballs and tons of foot traffic to the stores or to the Web. Now, you’ve got something to work with. Enter the conversation in the last three feet – between your prospective customer and the sale, when the giant thinks the game is over – and win there.

Here’s an example of what I mean. Oslo University is the second largest business school in its town. The Norwegian School of Management outspent it 200 to 1. With a budget of only 50,000 krone – roughly $8,500 – Oslo University turned to search search engine marketer iProspect for help. After a brief competitive analysis, they discovered that their giant’s US$2 million budget was everywhere but online. By targeting keywords that leveraged their competitor’s curriculum course names in the tightly defined time frame just before admissions closed for the term, Oslo University saw its admissions jump five-fold – and even beat its larger rival’s admissions numbers.

It’s often said that in big companies, you get promoted for saying “no” to risky things. Having worked for plenty of big corporations, I know this to be true! Giants have their own cultures and rewards systems. Before they make a move, they first form interdisciplinary task forces, set up meetings, fly people around the country, bring agencies on board … and while they’re doing all this, you ship. They issue meeting minutes. You ship. They form a consensus; you ship. You’re three steps ahead, and they’re aiming at the product you replaced two cycles ago.

Mike Cassidy, founder of many successful Silicon Valley startups including instant messaging platform Xfire, described this “speed culture” mentality when he told me that his team was producing a new version of his platform every two weeks. His massive competitors – AOL, Yahoo and MSN – were conducting competitive product assessments on one version of their products, when he had already shipped dozens of revisions of his. By the time MTV purchased Xfire in 2004 for $110 million, Xfire had amassed over 16 million customers who used its software an average of 88 hours a month.

3. Eat the Bug: Do the Unthinkable.

Companies develop rules, guidelines and overall boundaries as they grow. They fight and win in the market, and their success makes them confident that they’re doing it all right. But their success often sows the seeds of their undoing. They continue to fight the last war until the realities of the new one catch up with them. Smart “giant killers”develop business models that the giants simply can’t imagine themselves following.

Cricket Holdings is in the business of direct response advertising, the red-headed stepchild of the marketing world. But what the business lacks in sexiness, it makes up for in performance. Cricket does what no advertising agency would dream of doing: It offers “customers” on a pay-per-lead basis. Once its predictive model looks at its customer’s category and day-part, it quickly optimizes the media flights to understand its variable cost per “customer” and then offers it at a fixed price markup to its clients. Now, the risk of performance has shifted from the director of marketing’s shoulders to Cricket’s – and CEO Victor Grillo is happy to bear the burden. When an advertiser wants to know what each dollar invested will bring in, Cricket is happy to step in where most traditional agencies would beat a hasty retreat.

Business isn’t just about how much money we’ve got to spend but rather how big our ideas are. Perhaps it’s easier to just throw money at problems, but small businesses can’t afford to do that. Besides, today’s times call for different tools and a different mindset. I hope these three tips give you a few thinking tools you can put to use today to give you the mental ammunition to topple the Goliath in your industry.

Stephen Denny is a competitive strategy and marketing consultant, speaker and author. His book, Killing Giants: 10 Strategies to Topple the Goliath In Your Industry is now available. You can follow Steve online at Stephen Denny, where he blogs about strategy, marketing and big ideas.
13 Reactions
Subscribe
Follow @smallbiztrends
RSS LinkedIn Pinterest iTunes