Latest Small Business Research: The News Is Not Too Bad

Given the depths of the recent recession (and the fact that certain politicians are trying to make the case that their economic policies have been successful), it’s not surprising that we’re seeing so much of the latter in recent months.

For those small business watchers, this month’s research probably generated a relieved sigh or two. Things aren’t exactly hunky-dory, but they are getting quite a bit better. 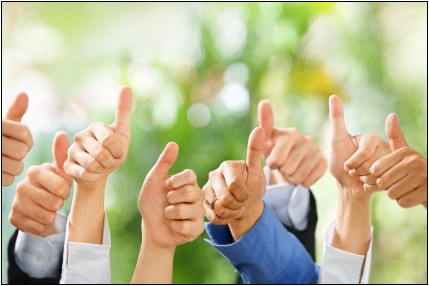 The NSBA released their 2010 Year-End Economic Report (PDF) this month, and the news is mixed. Everything is better, but nothing is as good as it needs to be.

Small business owners seem a little more optimistic than they were six months ago, but that isn’t really saying very much. Almost two-thirds of them expect economic growth to be flat this year, but at least the number expecting a double dip recession has declined from 29 percent six months ago to 13 percent now.

There has been some very modest improvement in reported hiring plans, as well. Fifteen percent of small business owners report new hires over the last six months (up from 11 percent) and that’s an improvement, but only 25 percent expect employment increases over the next 12 months. From these numbers, it seems pretty clear that improvements in the labor market are still a long way off.

Bear in mind that the monthly employment situation numbers released by the Labor Department are culled from the establishment survey (number of net new jobs for the month) and the household survey (the rate of unemployment). Neither of those data sets provides the complete picture because they only offer net numbers.

The business employment dynamics gives us a much more complete picture because it shows both total number of jobs created and total number of jobs lost. Even during the blackest days of the Great Recession, when the economy was losing upwards of 700,000 jobs per month, jobs were still being created by businesses in every firm size class.

Another nice thing about this data series is that the data lag is so short — only three calendar quarters. (That may seem like a long wait to you, but it’s better than a two-year data lag.)

The study uses data reported by financial institutions to their regulators, which are then consolidated into the Consolidated Reports of Condition and Income (Call Reports) and Community Reinvestment Act (CRA) reports. Financing instruments are further divided into Commercial Real Estate (CRE) and Commercial and Industrial (C&I) loans.

According to the report, CRE lending to small businesses peaked in 2008 and then declined slightly in 2009. Evidently, it was not until 2010 that the bottom fell out of the commercial real estate market. The largest decline in CRE loans was in the smallest dollar category; CRE loans of less than $100,000 declined by more than 16 percent.

On the other hand, when it comes to C&I small business lending, the difference between 2008 and 2009 was much more stark. Loan volume was down by about 4 percent, or $13.2 billion. That rate of decline held steady over the 2009-2010 period. Loan volume fell by another 4 percent, and another $13.3 billion.

By contrast, C&I lending in the smallest category actually increased just a little; it was the only lending category to experience an increase of any kind. Those so-called micro oans of less than $100,000, which comprise 88 percent of all small business lending and are mostly credit card debt, increased by 2 percent or $2.7 billion, to $137.2 billion.