Earlier this month local advertising firm Borrell Associates released its annual Outlook survey for 2011, which attempts to gauge where small and medium-sized businesses fall with investing in online advertising. This year’s study was particularly interesting, noting that SMBs actually make up for 95 percent of all local advertising online. They may not spend much on average (the average SMB spends less than $12,000 on all advertising; of that, $2,300 goes to online advertising), but their sheer numbers make them a demographic that everyone is trying to reach, which may help explain why Google has become increasingly aggressive in marketing to SMBs over the past year.

Overall, the numbers are promising and demonstrate a clear shift from offline advertising to online. 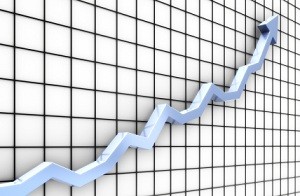 According to the survey, 29 percent of SMBs said they will increase their online ad spending in 2011, using that money for creating or maintaining their own websites, building email marketing campaigns and getting involved in social media. Creating a Web presence via a company website appears to be the SMB owner’s preferred way of online advertising. The survey estimated that 86 percent of SMBs had their own website in 2010 and that the number will grow to 91 percent in 2011.  (Personally, I have a very difficult time swallowing those numbers. Either the audience surveyed in the report is majorly tech-skewed or we’re being very loose with the definition of “website.” As much as I’d love to believe that nearly EVERY small business owner has taken the initiative to market themselves online, I simply don’t think we’re there yet. Not even close.)

Building on that, the survey also reported that two-thirds of SMBs who have a website also say they’re participating in social media, which is promising. It makes sense that a SMB that has taken the initial step of putting their brand online would complement it via other avenues. Of the 14 percent of SMBs that still don’t have a site of their own (get one!), more than a third say they’re maintaining some type of social media presence, likely a Facebook page or Twitter account.

Perhaps not surprisingly, as small business owners invest more in the Web and social media to market their businesses and aid in lead generation, they’re not upping their traditional budgets to the same degree. Whereas SMBs say they plan to increase their online advertising budgets 29 percent in 2011, they’ll only up their print Yellow Pages and direct mail buys by 4.5 percent.

Perhaps they’re simply upping their online budgets to match what they’re spending offline, but I imagine that instead, SMBs are looking at the Web to do the bulk of their advertising for them. With the arrival of Google Places, Twitter, Yelp, Facebook, etc., SMBs have much more effective tools for reaching out and communicating with customers.

While I don’t necessarily think the audience surveyed by Borrell Associates represents the average small business owner, I do believe it’s indicative of the direction in which marketing budgets are headed over the next year. As business owners become more familiar with the tools available to them online (creating company websites, social media, email marketing, etc.), they’re investing fewer dollars in traditional areas like local directories, local magazines and local newspapers.

To check out the Outlook 2011 study, you can download the Executive Summary for free via their Web site.