Small Business, Entrepreneur, Startup: Which Do You Identify With?

I hear these three terms used interchangeably, but in my mind, they all mean slightly different things. It’s semantics, of course, but here’s my take on what these three words mean. Which do you identify with the most? 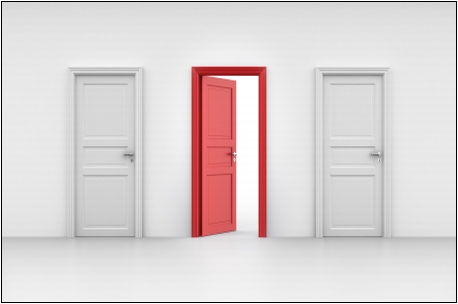 Wikipedia: A small business is a business that is privately owned and operated, with a small number of employees and relatively low volume of sales. Small businesses are normally privately owned corporations, partnerships, or sole proprietorships. The legal definition of “small” varies by country and by industry, ranging from fewer than 15 employees under the Australian Fair Work Act 2009, 50 employees in the European Union, and fewer than 500 employees to qualify for many U.S. Small Business Administration programs. Small businesses can also be classified according to other methods such as sales, assets, or net profits.

Me: In my mind, small businesses are those boutiques, hair salons, yoga studios, etc. you walk by downtown. “Small business” to me connotes a brick-and-mortar location. Employees are a must, even if it’s your wife and daughter. Small businesses may use more “old school” forms of marketing, like print ads or television commercials, rather than social media and the internet.

Wikipedia: An entrepreneur is a person who has possession of a new enterprise, venture or idea and is accountable for the inherent risks and the outcome. The term was originally from the French and was first defined by the Irish-French economist Richard Cantillon. Entrepreneur in English is a term applied to a person who is willing to launch a new venture or enterprise and accept full responsibility for the outcome. Jean-Baptiste Say, a French economist, is believed to have coined the word “entrepreneur” in the 19th century – he defined an entrepreneur as “one who undertakes an enterprise, especially a contractor, acting as intermediatory between capital and labour.”

Me: This is the one I most identify with. Entrepreneurs may  have employees, but often go it alone as solopreneurs. They’re willing to take risks for the reward (though maybe not as much as a startup). Entrepreneurs are all about social media, at least the ones I know.

Wikipedia: A startup company or startup is a company with a limited operating history. These companies, generally newly created, are in a phase of development and research for markets. The term became popular internationally during the dot-com bubble when a great number of dot-com companies were founded. A high tech startup company is a startup company specialized in a high tech industry.

Me: I definitely think of tech companies when I think of startups, although I see non-tech companies claim the title. To me, startups are like fuses: They light brightly very quickly, but the fuse is short. At the end of it, the startup turns to another form, like part of a corporation that buys it, or it becomes a small business. Also, I tend to associate getting funded or working with angel investors with startups only.

I realize this post will incite some aggressive great dialogue around the definitions I’ve laid out here, and I welcome it. After all, it’s all subjective, isn’t it?

Susan Payton is the Communications Manager for the Small Business Trends Awards programs. She is the President of Egg Marketing & Communications, an Internet marketing firm specializing in content marketing, social media management and press releases. She is also the Founder of How to Create a Press Release, a free resource for business owners who want to generate their own PR.
17 Reactions
Subscribe
Follow @smallbiztrends
RSS LinkedIn Pinterest iTunes