Small Business Success Index: Competitiveness Is Down, But Optimism Is Up

Network Solutions and the Center for Excellence at the University of Maryland’s Smith School of Business have just released their 5th Small Business Success Index survey, providing some interesting insights into the state of small business today.

Specificially, the focus of the SBSI is to track the competitiveness of small businesses over time. The news there is not good. “The competitive health of America’s small businesses is as low as it has been since the Small Business Success Survey began tracking at the onset of the recession,” the report states (the first survey was done in early December 2008).

The SBSI defines competitiveness as “the level of success a small business achieves in conducting the organizational activities critical to its short and long term viability.” Small businesses that are more competitive are more likely to meet the personal and business goals of their owners and show positive financial results.  The SBSI measures six dimensions of competitiveness: Capital access, marketing and innovation, workforce, customer service, computer technology and compliance. 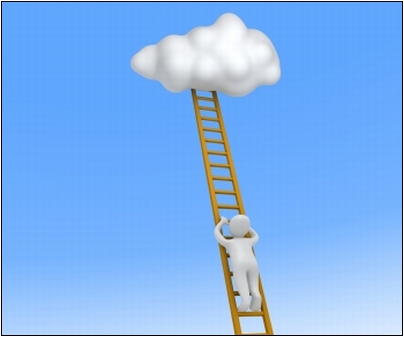 The SBSI ranges from 0 to 100, and is currently 73, which is considered a “C-”.  This level is unchanged from June 2010 and down from a solid “C” just over a year ago.  In addition, more businesses than ever are classified as “failing” in terms of competitive health based on their individual index score. Twenty-eight percent of small businesses are failing at competitiveness, in comparison to 19 percent two years ago when the recession had just begun.

Here’s how small businesses stacked up:

What’s pushing competitiveness down? One not-so-surprising factor is lack of access to capital. “For the past two years, small businesses have consistently suffered from weaknesses in the critical [area] of Capital Access,” the report notes. Capital access rated a 67 (or D+).

Perhaps more disturbing, small businesses’ competitiveness in the marketing and innovation area declined to 65 (D), a significant drop from December 2009 when it was a C-. In particular, small businesses’ ability to identify new customers and to position themselves effectively against bigger competitors is decreasing.  The result, the report notes, is “an unprecedented lack of confidence in competing with big business.” Small businesses report that positioning their companies as having the same capabilities as bigger competitors was a key challenge, and just 33 percent say they are successfully competing with large companies, compared to 47 percent a year ago.

Finally, small businesses have also suffered a decline in the past year in the Workforce competitiveness dimension. Their ranking slipped from a “C+” last year to a “C.”  Compared to a year ago, small companies report they have been less successful at training employees and maximizing their productivity.  They also face a perceived disadvantage in hiring quality employees, which could be a hurdle going forward as they prepare to hire.

And yes, they are getting ready to hire. There’s some good news in the SBSI as well. More than 25 percent of respondents plan to hire this year; technology investment is increasing; and more companies are adopting social media. Although their competitive health is poor, the survey found entrepreneurs were growing more optimistic about the economy and their own businesses’ futures. For the first time in two years, more small business owners said the economy was getting better than said it was getting worse (35 percent vs. 19 percent).

Small businesses are also more optimistic about the economic outlook for the next 12 months than they were a year ago. At that time, 26 percent thought the economy would decline; today, just 15 percent say so. The percentage who say they are being affected by the recession is also declining, after peaking last year.

How do these figures resonate with your experience and outlook?

There’s lots more in the SBSI—too much to share here. Read more about the Small Business Success Index and download the full report at Network Solutions’ website.