I’m an entrepreneur. The last time I was an employee was in 1983. So what did I get from my MBA studies? 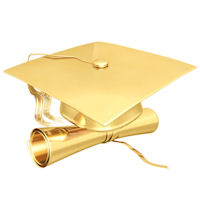 It wasn’t about earning power. I quit the  fancy high-paying MBA job I’d recruited into just a few weeks after graduation. I went back to the consulting firm I’d worked with while I was at business school, before I graduated. And I was self employed less than two years later, and I’ve never worked for anybody else since then. I was an employee of the company I founded and owned.

So was it worth it? Yes, many times over. Because of business school, as I developed my own business, I had a general idea of all the parts and how they came together. I knew enough about finance, accounting, marketing, sales, and administration to do it all myself in the beginning. Later on, as the company grew, I had experience and some knowledge about each of the key functions in the business.

Nobody taught me entrepreneurship. I didn’t learn that in school. What I did learn, though, was enough about business to make starting, running, and growing a business conceivable.  Maybe I would have made it anyhow, but I doubt it. Knowledge is power. And it gives you the confidence to take risks and move forward.

Is the value of an MBA degree the income with the degree less what it would have been without the degree, less the cost of the degree, and the earnings sacrificed while studying? What’s education worth? Do you measure it in salary? The value of studying literature is the earning power gained? Fine arts? Philosophy? What about business or engineering?

I don’t think so.

Tim Berry is Founder and Chairman of Palo Alto Software, Founder of Bplans, Co-Founder of Borland International, Stanford MBA, and co-founder of Have Presence. He is the author of several books and thousands of articles on business planning, small business, social media and startup business.
34 Reactions
Subscribe
Follow @smallbiztrends
RSS LinkedIn Pinterest iTunes