In March 2011, Discover Card’s monthly survey of owners of companies with fewer than six employees (i.e., microbusiness owners) showed that 43 percent reported experiencing temporary cash flow problems.  The good news is that this figure was down seven percentage points from the previous month.  The bad news is that it remains higher than its 39% average before the recession.

The thin black line in the figure below shows the measure’s three month moving average. It indicates improvement in the cash flow situation of micro-businesses since the middle of the summer of 2010. 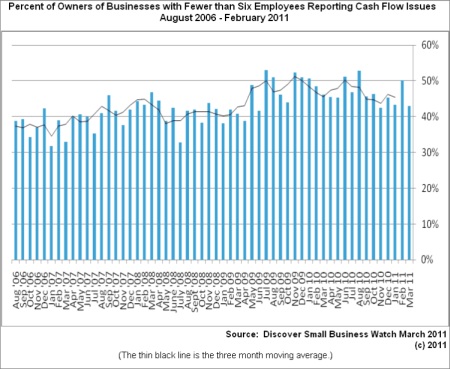