Getting Your Growth Rates Straight: Annual Growth And CAGR 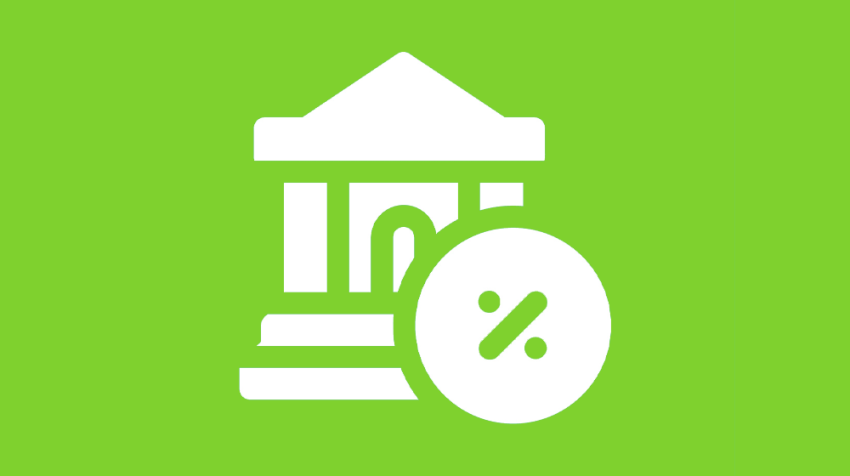 One small thing that might make the business world just a tiny bit better is all of us agreeing how we measure growth. There are different annual growth rate formulas.

I hesitate to wade into this subject because so many people have so many definitions. And you’d think it was obvious, but then suddenly I find myself in meetings, or on the phone, and I’m wondering whether we’re all on the same page.

The point here isn’t to get something exactly right or wrong. The point is having growth percentages mean the same thing to everybody. Let’s get on the same playing field.

Maybe I’m wrong, but I’ve had what I learned in business school confirmed for me many times by accountants and analysts.  Let me explain the answers to this quiz. 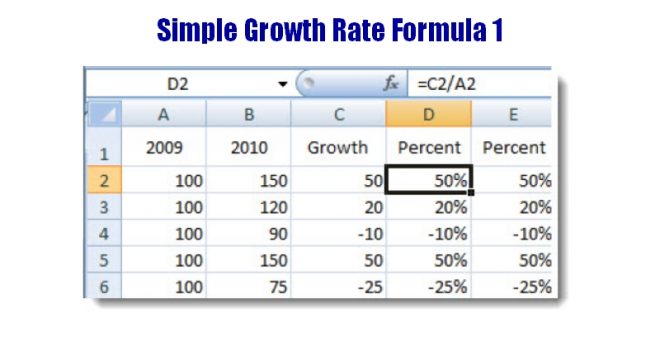 Question #1 in our quiz above illustrates the concept of simple annual growth rate.

So, for our example the formula would be:

You can see that in Simple Growth Rate Formula 1 image above.  It depicts a sample Excel spreadsheet. 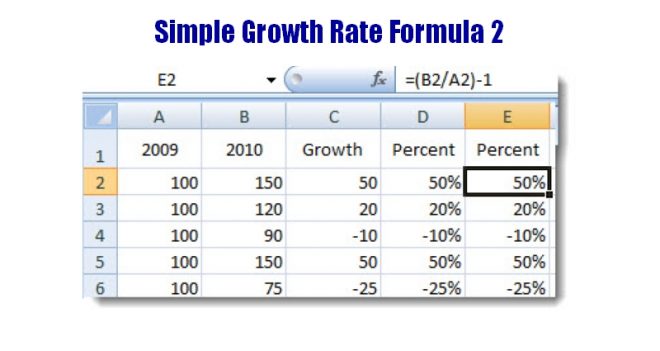 There is an even simpler formula that also works.

You can see this in the Simple Growth Rate Formula 2 image, above.  In longhand math, the formula would be this:

And, of course, .5 is  50% if you want to state it in percentage terms.  So you arrive at the very same answer of 50%, just like in the first formula.

Remember, simple growth rate typically describes growth over a single period of time. For example, simple annual growth is from one year to the next year.

CAGR stands for compound annual growth rate. The active word there is “compound.” It means that the growth accumulates, like interest.

So if you grow 10% per year over three years you’ve actually grown from 100 in the first year to 133 at the end of the third year.

There’s a formula that calculates the CAGR rate over a period of years. It’s hard to explain, but easy to use.

When the CAGR formula is written out, it looks like this:

This is probably easier to see if you look at the CAGR Formula spreadsheet illustration, immediately above.

Row 1 has the first year and last year in cells 1A and 1B.  The CAGR formula is in cell 1C.

And the combination illustrates an awkward point about how many years are involved. It would be easy to call that three years of growth, but the “periods” number here is two, not three.

Maybe it helps on that point to show the same thing for growth from 100 to 150 over three years. That’s another simple spreadsheet. See “CAGR Formula – 3 Year Period” image above.

And yes, all these references to years get confusing.  We say that something grew by 14.47% from Year 1 to Year 4.  We use the anchor year and the end year, so at first glance it seems like four years. But what we really mean is that there were three full years of compounded growth.  In other words, it was a three-year period involved.

And THAT illustrates precisely how confusing this topic can be!

Maybe it’s just that I like numbers. Maybe it’s that I use them a lot, perhaps too much.

But it’s nice when the growth figures we talk about mean the same thing to one and to all.

It might help to see the CAGR calculation in a spreadsheet or experience it in an interactive calculator.  For that, please see:

Editor’s note:  This article was updated on January 6, 2019.  The main points and formulas are just as valid as the day this piece was written. Certain language was clarified per the comments below, to eliminate confusion. We hope it helps you understand the concept of simple annual growth rate and compound average growth rate.  16 Comments ▼

Tim Berry is Founder and Chairman of Palo Alto Software, Founder of Bplans, Co-Founder of Borland International, Stanford MBA, and co-founder of Have Presence. He is the author of several books and thousands of articles on business planning, small business, social media and startup business.
16 Reactions
Subscribe
Follow @smallbiztrends
RSS LinkedIn Pinterest iTunes