Is A Fake Cobra More Interesting Than You?

While you were sending off tweets in virtual obscurity last week, a new Twitter A-lister was crowned. Her account picked up more than 230,000 followers in just a few days, received press coverage from CNN and The New York Times, and got the attention of brands like Bergdorfs and DKNY. Who was the marketing superstar who achieved such greatness, you ask? It was @BronxZoosCobra – a parody account created for the Egyptian cobra that gained national attention when it went missing from The Bronx Zoo.

Yeah, that’s right. A fake cobra is more interesting than you. How’s that feel? 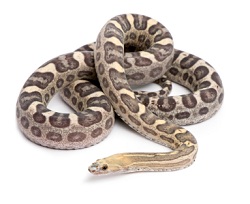 I know. It stings. But below are three reasons WHY a pretend snake is more interesting than you and what you can do to turn it around.

When @BronxZooCobra was running around on the lamb, she didn’t just hide out or tweet about her own pad. No. She made herself relevant by hanging out at some of New York’s trendiest spots. She tweeted from Magnolia Café, from opening day at Yankee Stadium, on the Sex and the City bus tour, at the Metropolitan Museum of Art and all over the darn place. She made herself relevant by associating herself with these places that people already knew and loved.

How can you do the same: Create conversations with the sites, blogs and personalities that people in your community love. I don’t mean the A-listers, but the real people they relate to and the sites they have an affection for and that they comment on. The quickest way to become part of someone’s world is to show them how you’re already connected. We like building relationships with people we feel we already know.

She created a connection

Why are 230,000+ people following a fake cobra? Because the tweets coming from that account don’t feel like soulless, marketing-filled content. Finally, we found someone on Twitter who wasn’t trying to shill anything or trick us into buying their $29.99 eBook. Instead, the @BronxZooCobra is relating to people (perhaps ironically) on a human level. She’s creating a connection with them by using humor and her wit to get people’s attention and to hold it there. That’s one thing most marketing-related Twitter accounts are unable to do. They bore or annoy us into finally hitting the unfollow button. People want to feel connected to you, but you gotta give them something to spark it. What are you giving them to hold on to?

How can you do the same: You’re probably not the funniest person in the world (if you are, congrats!), but if you’re in marketing you hopefully know how to talk to people. How to connect with them. For some, they use humor. Other people share facts, some draw people in by getting personal, others take the “Be 100% Useful” approach. It doesn’t matter how you connect with people, just that you find a way to worm your way into their hearts.

For a completely made up character, the @BronxZooCobra did a pretty outstanding job making herself feel real. And she was able to do it because she spoke to us, not at us. She responded to people who sent her comments, she participated in interactions, she took shots at Charlie Sheen just like the rest of us. Even more than that – she asked her audience a lot of questions to get them involved. She asked where Trump Towers was located, how to get a cab, if the Whole Foods sold organic mice, etc. Essentially, she provided people with something fun to respond to. And the result was that a couple hundred thousand came along for the ride.

How you can do the same: You started on social media as a way to converse with customers and become more connected to them – so do that. Stop mindlessly plugging yourself, tweeting your own links, and talking about things no one is going to care about. Be a real person with interests and hobbies and a desire to share that with your audience.

Yeah, maybe it hurts a bit that a fake cobra was able to attract more than 200,000 followers in just a few days while you’re still struggling to create some momentum. But what did that cobra give people that you’re account lacks? How can you find ways to bring humor, life and relevance back to your online interactions?