Has the state of small business lending gotten better or worse since last year? The answer depends on who you talk to.

The answer to the question “Are banks finally starting to lend again?” also varies based on what’s being written and where. Even Small Business Trends’ own Scott Shane weighed in.

For example, according to a recent survey given to members of the International Franchise Association, 39 percent of franchisors report that more than half of their franchisees and franchise prospects are unable to obtain needed financing – up from 33 percent in a similar survey last November. Only 5 percent report their franchisees and prospects have had no difficulty with credit access, compared to 8 percent in the November survey. 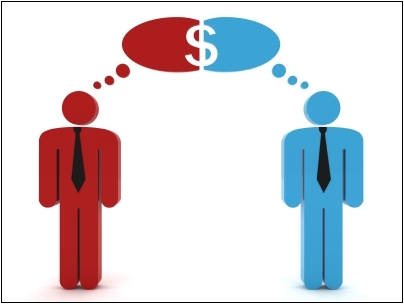 Compare that negative news with a story I just read in the Dayton Daily News about Chase Bank:

The article also stated that according to bank executives, Chase made loans to 9,800 small businesses with annual revenues of less than $20 million.

Even more positive was the fact that Chase (according to the article) added more than 500 business bankers and created what it calls a “second-look” program to look for ways to extend credit to companies whose initial loan requests were rejected.” (Read The Dayton Daily News article.)

An increase in small business lending in Ohio, which is a state absolutely ravaged by the economy, is certainly great news. But let’s go back to the IFA survey again:

You can read the IFA survey for more information.

Do you see what I mean?

Now, it’s not like The White House and the Small Business Administration aren’t trying to help improve small business access to capital.

There’s Startup America, which is the White House initiative to “celebrate, inspire and accelerate high-growth entrepreneurship throughout the nation.” As was explained in a recent private conference call with the Small Business Administration (several Small Business Trends writers were invited), the SBA’s Reducing Barriers website was created so that anyone can submit their answer to this really important question, posted right on the website: “What concrete ideas could reduce federal barriers for entrepreneurs trying to start and scale companies?”

One look at the ideas submitted to the site so far shows that most of the ideas have to do with improving access to capital.

Recently, the Business.gov website was merged with the SBA.gov website and totally revamped. The focus of the new site is easy access. The Small Business Administration is really trying to make the process of getting capital a lot more streamlined. The new site is a lot friendlier to people who are looking for information about getting small business loans (or any kind of small business information). All they have to do to get started is go to the section of the site named SBA Direct and type in their ZIP code. Go ahead and try it.

Not only is the SBA trying to make things easier for current and future small business owners, they’re trying to make things a lot simpler and more streamlined for banks, too. They recently rolled out a section of their website devoted solely to lenders — The SBA Lender Toolkit. Look at what it includes:

The SBA is certainly going out of its way to cut out some of the bureaucracy that has existed for years and get things moving in the right direction.

The credit crunch has been going on for a solid two years now. It feels like the entire small business community has been mobilized to get the lenders lending again. Let’s hope that they start doing what they’re paid to do — lend.

Joel Libava is the Franchise Expert for Small Business Trends. Joel, The Franchise King®, equips today’s prospective franchise owners with time-tested, proven techniques designed to increase odds of success. He does this through one-on-one coaching, and gobs of useful content that can be found on places like Small Business Trends, SBA.Gov, and his award-winning franchise blog, The Franchise King Blog . He’s been featured in Entrepreneur® magazine, and is frequently called upon by national media outlets and publications for his no-spin insights into the world of franchising.
7 Reactions
Subscribe
Follow @smallbiztrends
RSS LinkedIn Pinterest iTunes