Small Business on the Up and Up

March has been a rather exciting month, research-wise. But before we do anything else, let’s take a look at what has become our monthly check-in with the economy.

Jobs and Other Numbers

The jobs numbers for small businesses are either good or better, depending on whose data you look at.

According to Intuit’s Small Business Employment Index for March, small firms created about 50,000 new jobs this month. That’s a 0.2 percent increase from February’s reading but it’s also an annual growth rate of nearly 3 percent. Even better, Intuit notes that small businesses have created 820,000 new jobs since the labor market started recovering in October 2009.

Meanwhile, ADP’s National Employment Report for March finds that nonfarm payroll employment was up by a little more than 108,000. Even better, most of that — almost 91,000 jobs, in fact — comes from the small business sector. ADP reports that “medium-sized” firms (with between 50 and 499 employees) created 49,022 jobs and that “small” firms (with between one and 49 employees) created 41,817 jobs this month.

To put that into a bit of perspective for you, large firms with more than 500 employees created 17,453 jobs in March. 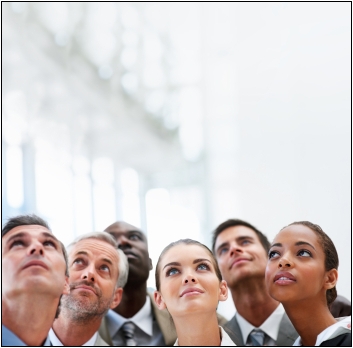 One other note: Amy Lacker of Sageworks Inc. contacted me recently to let me know that her company collects industry-level sales growth data on small businesses across North America. According to their data, they are seeing evidence of an economic rebound in every industry sector except construction, with the most stunning turnarounds happening in manufacturing and in wholesale and retail trade.

Manufacturing moved north by 17.37 percent, wholesale trade was up by a total of 16.18 percent and retail trade sales improved by 10.42 percent between 2009 and 2010. This is about as close to a small-business-specific gauge of recovery, year over year, as I’ve seen from anybody who doesn’t have a political axe to grind.

So, here’s something that I’m betting you won’t find the least bit surprising: The U.S. entrepreneurship rate has been climbing.

The Kauffman Index of Entrepreneurial Activity was released in March. This index can be particularly valuable to economy watchers (as Kauffman is quick to remind us) because it’s pretty close to real-time data (e.g., the 2010 numbers are released less than three full months into 2011) and because it carefully excludes what Kauffman calls “casual businesses.”

In terms of raw numbers, there were an impressive 565,000 new businesses started each month in 2010, translating into a whopping 6.8 million new firms — or, it would translate into that many new firms except for the likelihood that most of them will not earn enough in receipts to be counted in the firm size data for the year, or will fail before they are one year old.

That is what we would expect, at any rate. In light of the severity of the Great Recession, however, it is possible that new business formation really did occur at unprecedented rates. We won’t get the SBA Office of Advocacy firm size class numbers for 2010 for another two years, so confirming these numbers will take awhile. That said, the trends Kauffman has observed are probably accurate.

On Monday, I’ll be running an article in The MicroEnterprise Journal about a new study out of the SBA Office of Advocacy that I think everybody should read.

The study is called An Examination of the 2001 IRS Tax Gap Estimates’ Effect on Small Business, written with funding from Advocacy. And, after years of hearing the IRS and policymakers talking about Schedule C filers as if we were all Al Capone or something, this report is a breath of fresh air.

Here are some of the highlights:

What all this reduces to is that small business owners have been getting beaten up, verbally and legislatively, by lawmakers for years over tax gap estimates that are biased against us. And all of the above doesn’t even get into the ways in which the report found that tax gap estimates have been biased in favor of large businesses!

One can only hope that the relevant parties will review this report and stop trying to balance the budget on the backs of small business owners.