Contests and promotions have been a popular form of marketing on Facebook and other social sites in recent years, and a campaign by the Dockers clothing brand is a particularly good example of how to use such a contest to build a strong fan base and positive brand association.  Although this is a large-scale campaign for a well-known brand, it provides key takeaways that can mean the difference between success and failure for any business hoping to turn social site visitors into loyal customers and brand advocates.

Dockers launched its “Wear the Pants” contest in February to promote its line of khaki pants.  The contest awards a $100,000 post-tax prize for the best business plan submitted through its Facebook page.  Submissions were accepted through March 15, 2011, with the winner to be announced on May 2, 2011.  Entrants were asked to submit their ideas for a new business or project in 400 words or fewer, and community members and friends could vote on the plans.  A panel of judges selects five finalists, with the community again voting on the final winner from April 25, 2011 to May 1, 2011.  In addition to the $100,000 prize, the winner receives a year’s worth of Dockers khakis, and the first 500 entrants receive a free pair of Dockers.  Every entrant gets a shareable coupon for 30 percent off Dockers pants. 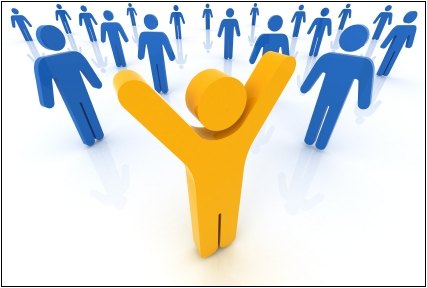 Over 200,000 likes and 1,800 entries were generated through March 15, 2011, and contestants spread the word on blogs and social and other sites to gather votes.  Dockers is also running a similar contest through November where $2,000 (in total value) is awarded to an entrepreneur every week for plans submitted through the Dockers Facebook page.  The $2,000 prize can be in the form of tools, products, services or cash, depending on the resources needed to put the plan into action (possible examples include software, consultation with an expert, equipment and so forth).  Winners receive a free pair of Dockers, and every entrant gets a sharable coupon for 30 percent off.

The “Wear the Pants” contest, in particular, offers many takeaways for any size business seeking to create a successful social media contest, some of which include:

NOTE:  The takeaways are solely the interpretation of the writer and are not intended to speak for Dockers in any way.