The 7 Types Of People to Avoid In Social Media

I love social media. As a marketer, a business owner, and a consumer, I love that social media introduces me to the people I need to network with and introduce myself to. To me, that’s its biggest asset – to connect me with the right people, at the right time, to make magic happen. But you can only do that if you’re not wasting your time and cluttering up your view with the wrong people. That’s why one of the most important things you can do in social media is to put steps in place to connect with the right people and avoid wasting your time talking to or seeing the updates of the wrong ones.

Who are the wrong people in social media? The people who you’d be much better off to avoid? In case you haven’t met them, let me introduce you to seven of my non-favorites. 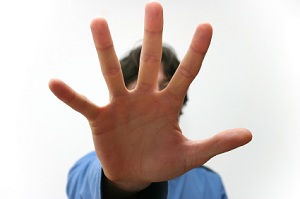 The guy who wants to pick your brain: There’s nothing wrong with using social media as a way to learn more about other people, their business and to share knowledge. As I mentioned before, I actually think that’s the best part of social media. But there becomes a point when some will take advantage. When conversations go from being beneficial to everyone, to a public brain dumping session where you’re suddenly being asked, on repeat, to explain to someone how it is you do what you do…in detail. As a small business owner, you want to be really careful with these pick your brain requests and make sure you nip them in the bud as quickly as possible. Because they’re not beneficial and they won’t help you meet your connectors. Instead, you’ll spend your valuable time offering up free advice and getting nothing done.

The girl who takes herself too seriously: While I’ve found that most people in social media are genuinely nice and interested in having great conversations, some people take themselves just a bit too seriously. You’ll see them tweeting about nasty things about industry newbies and promoting themselves over everyone else. They think they ARE the industry they work in and they want everyone to know it. When you come across these people in the wild, don’t stop and interact with them. In fact, run the other way. These people typically only want to shout about how important and respected they are. They’re not here for everyone else.

The know-it-all: The trouble with the know-it-all isn’t that they annoy everyone by always thinking they’re right, but that they kill the conversation by cutting off debate when they come in shouting. They have a knack for locating great discussions and sharing opinions only to ruin it by jumping in and forcing their way of thinking of everyone else. They hop in and suddenly you notice the conversation stalls and people back away slowly not wanting to get involved or be part of what’s going on. These people represent the exact opposite of what social media is supposed to be about.

The guy always hawking something: This guy has a blog post he wants you to read. And an e-book. And he’s doing a training seminar next week. And he’s going to be on a marketing podcast very soon. How do you know this? You know because it’s all he talks about. He sent you an auto-DM when you followed him, he finds a way to insert it into everything conversation, he left a comment on your blog to tell you, etc. Stay away from the guy in social media who does nothing but hawk his own stuff. Yeah, we’re using these channels for marketing, but there’s a difference between being a marketer and being a shameless self-promoter. People tend not to enjoy speaking with the latter.

The girl who tweets about work…but doesn’t work: If someone is spending their entire day tweeting, chances are they’re not getting much work done, even if they’re tweeting that they’re hard at work. Be cautious of affiliating yourself with these people. It’s not that they’re bad people, but there’s nothing more dangerous than a person with too much time on their hands. It’s like that relative who keeps you out to dinner for four hours just because they have nowhere to be. If you value your time and your day, tread lightly.

The complainer: Somewhere along the line it became acceptable and even encouraged to use social media as your personal complaining zone. You’ve probably met these people. They’re the folks who always appear to be having a bad day and who spend all their social media interactions yelling and screaming and kicking their feet. Do yourself a favor and avoid these folks. They’re looking for the wrong kind of attention and I’ve found that too much exposure to negative people can ruin your mood and your day. Negatively attracts more negativity. Surround yourself with people who are excited about what they’re doing and the people they’re talking to. Because excitement is also contagious. And which would you rather catch?

Those are the social media personalities I’d recommend you avoid. Which ones irk you?