What’s Wrong With Groupon (and How to Succeed Anyway)

The first wave of reaction from retailers to Groupon was overwhelmingly positive. Where else could you get hundreds of people to buy from your business so easily?  The second wave wasn’t so positive. Businesses were losing money on the deals, and didn’t have the staff to accommodate the customers.

So where do we fall now? Is Groupon inherently evil, or is it a fantastic marketing tool? The answer, I’m afraid, is up to you. 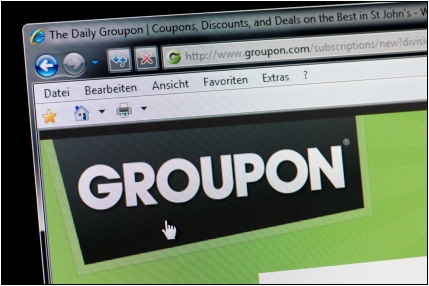 In looking at the businesses that suffered from their Groupon (and similar deal sites) offers, the connection seems to be a lack of preparation and unrealistic expectations. Restaurants simply didn’t have the staff to take care of the steady flow of traffic they’re likely to see after a deal.

Then there’s the revenue (or lack thereof) generated from the deal. Word has it that Groupon takes 100 percent of any deal under $10 (the assumption is that once customers visit your business for the deal, they’ll spend more than the $10). Many smaller coffee shops suffer because the average bill is $10 or less. It turns out that Groupon fans are cheap, and don’t really like spending more than the value of the deal.

And there’s the matter of Groupon users who never comie back as repeat customers. If you lose money on the first visit, your hope is that people will come back for more and bring their friends. That’s not happening.

Groupon’s not for everyone–and if you don’t execute a unique strategy for how you’ll handle the deals, it won’t work for you. Try these tips to get more out of Groupon:

1. Plan for the surge. You can put stipulations on days people can use the Groupon and give it an expiration date. Then plan to have extra staff on hand based on the number of deals sold.

2. Capture the customers. Sure, you can give them their “free” muffin and bid them adieu–or you can encourage them to connect with you via social media and Foursquare for more good deals, as well as ask for their email addresses when they check out. Give them as many ways to connect as possible (with a benefit to them, of course) to keep the relationship sticky.

3. Calculate your costs. If your average bill is under $10, you might not want to do a deal with Groupon. But if your average sale is more, then shaving off $10 shouldn’t put you in the red. Know how much your costs are, and base your deal on what you can afford to lose.

4. Look beyond Groupon. Local and specialized deal sites like Spaphile and Juice in the City are sprouting up everywhere, and they may offer you a better cut of the profits than Groupon does.

Susan Payton is the Communications Manager for the Small Business Trends Awards programs. She is the President of Egg Marketing & Communications, an Internet marketing firm specializing in content marketing, social media management and press releases. She is also the Founder of How to Create a Press Release, a free resource for business owners who want to generate their own PR.
19 Reactions
Subscribe
Follow @smallbiztrends
RSS LinkedIn Pinterest iTunes