Will the Early Stage Innovation Program Make a Difference?

The Small Business Administration (SBA) recently announced the start of the Early Stage Innovation Fund, a program that will provide $200 million per year in equity funding “over the next five years,” to “early-stage companies [that] face difficult challenges accessing capital, particularly those without the necessary assets or cash flow for traditional bank funding.”

Ray Leach of Jump Start America argued that the new fund will dramatically increase the amount of capital available to the founders of high potential companies. I disagree. The program’s expected impact, when measured in terms of incremental increase in available capital, companies funded, or jobs created will be very small.

Leach says that the new program will provide “incremental funding that … is … almost 10% of the total capital invested by risk investors in 2010…. [and] 28% of all the seed and early-stage capital invested last year.” I believe that these numbers overestimate the likely impact of the program for three reasons. 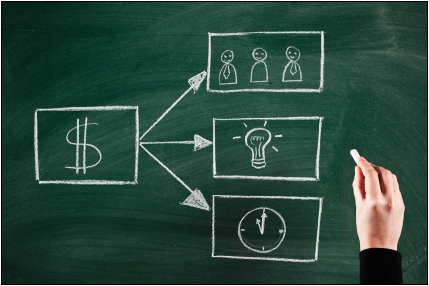 First, the SBA Early Stage Innovation Fund calls for a 1:1 match of government and private sector funds. But it is unlikely to achieve such a match. Private sector investors often apply for matching funds by pledging money they would have invested in the absence of the match. As a result, matching programs often increase available capital only by the amount of the incremental government funding and not by the amount of incremental funding plus the private sector match. (If you think that Leach is right and I am wrong about how private sector investors will behave, then you should double the numbers I show below to estimate the impact of the program.)

Second, Leach compares the $1 billion Early Stage Innovation Fund to annual equity investments in high potential ventures. However, the SBA is committing $1 billion over a five year period. Therefore, we need to compare the $1 billion fund to the amount of capital provided by investors over a similar time period to estimate the amount of incremental money the new program provides.

Third, Leach doesn’t consider angel investors when he estimates the size of the market for financing high potential ventures. But angels invest a similar amount of money in high potential companies as venture capitalists, and account for the lion’s share of seed and start-up stage funding.

If we include the money invested by business angels and compare the new funding to the size of the equity capital market over the same time period, we see that the amount of additional equity capital provided by the SBA program is very small. According to the University of New Hampshire’s Center for Venture Research (CVR) and the National Science Foundation (NSF), angel investors put $105.4 billion into young companies from 2006-2010. The National Venture Capital Association (NVCA) reports that venture capitalists invested $124.1 billion in young companies over the same time frame. Therefore, the SBA program increases the size of the high potential venture equity capital market by 0.4 percent.

The NVCA estimates that $6.7 billion of venture capital went to seed and start-up stage ventures over the last five years and the CVR calculates that $40.3 billion of angel money was invested in businesses at these stages. Thus, even if all of the money from the new SBA program goes to seed and start-up stage ventures, the size of the early stage equity capital market for high potential ventures would increase by 2.1 percent.

To give you a sense of the size of the increase we are talking about, the United States has 366 metropolitan statistical areas (MSA) – places like Minneapolis-St. Paul, Minnesota, Phoenix-Mesa-Scottsdale, Arizona, and Orlando-Kissimmee-Sanford, Florida. If all the SBA money went into angel deals, then the new SBA program would add funding for a little more than three angel-backed companies every two years in the average metropolitan area.

The direct job creation effects here will also be very small. Analysis by the NSF and the CVR indicates that every additional $130,000 invested by business angels leads to one more job at an angel-backed company. That means that the new SBA program should create 1,538 jobs per year – or about 4.2 jobs per year in the average MSA. Keep in mind that this is the number of new jobs that would be generated in an economy that the Census Bureau estimated created more than 14 million new jobs between March 2008 and March 2009, when the economy was in a deep recession.

While I’m glad that people are talking about the new SBA programs, I think the discussion needs to be more critical. Rather than just cheerleading administration efforts, we should carefully examine the expected impact of the programs being introduced.