With Memorial Day on the horizon, now seems an appropriate time to report on a new study out from the SBA’s Office of Advocacy that examined entrepreneurship among military veterans.  Factors Affecting Entrepreneurship among Veterans found that veterans are at least 45 percent more likely, and as much as 88 percent more likely, to be self-employed than civilians who have never served in the military.

“Entrepreneurship is a choice made by many of our men and women in uniform when they move into civilian life,” says Chief Counsel for Advocacy Winslow Sargeant in announcing the study. “Knowing more about the factors behind veterans’ self-employment offers opportunities to lay the groundwork for successful ventures.” 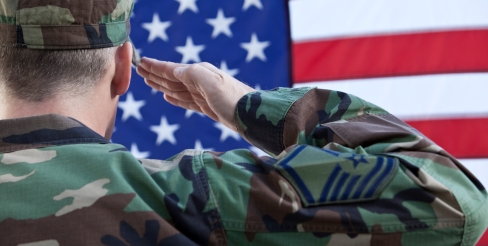 Veterans with four or fewer years of service were most likely to be self-employed, while career military (five or more years of service) were about 33 percent less likely to be self-employed than those who left after one enlistment. “This result suggests that higher rates of self-employment among veterans may be due to individual characteristics, rather than training, education or other qualities imparted by military service,” the report states.

An exception was found among career military retirees with 20 years or more of service. For this group, the longer they served in the military, the more likely they were to be self-employed. The study authors theorize this might be because they have larger pensions, improving their ability to pursue entrepreneurship. Among military retirees, officers are 55.6 percent more likely than enlisted personnel to be self-employed—probably due to differences in in education level.

Are you a military veteran who owns a business, or is thinking of starting one? There are more sources of support than ever before. Whether you need help starting or growing your company, here are some sites to get you started:

The U.S. Department of Veterans’ Affairs’ VetBiz.gov portal has links, resources and information on starting a business, doing business with the government, getting certified as a veteran-owned business and more.