The state of small business financing has been a mixed bag lately, as Joel Libava previously wrote about on Small Business Trends. But slowly, things seem to be improving. Last month, The New York Times reported that more small businesses are seeking—and getting—bank loans. And in a new study by Capitol One, 85 percent of U.S. small businesses surveyed say they are able to access the financing they need—up from 70 percent at the same time last year.

But what kind of capital are these businesses getting, and is it helping—or hurting—them in the long run? A new survey by MultiFunding LLC, a firm that helps small companies find financing, sheds a slightly different perspective than most surveys on the issue. 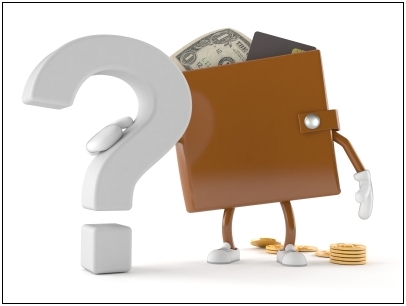 MultiFunding’s National Small Business Lending Snapshot focused on small and relatively new businesses: The companies surveyed had average annual revenues of $750,000 and had been in business an average of only three years. Culled from a wide variety of industries and regions, the entrepreneurs in the survey were MultiFunding clients actively seeking an average of $325,000 in loans; more than 25 percent had already been rejected by banks. The study sought to determine what loan types small business owners in today’s market can qualify for and what interest rates they can expect to pay for their loans.

MultiFunding found that banks classify loan applicants into one of three categories and base their approvals and interest rates on the categorization. Here’s how it breaks down:

These business owners have assets and/or the cash sufficient to meet the collateral requirements of banks and SBA lenders. As a result, they’re able to obtain interest rates between 3 percent and 8 percent a year. “Government supported SBA programs favor this group,” the study says.

These business owners have credit and cash flow, but lack the assets to serve as collateral. Considered “B-level” borrowers, they have to use less desirable and more costly financing methods, including factoring, merchant cash advance loans, unsecured loans and private money loans.  “They pay a high premium because of their lack of collateral,” the survey authors say.

A triple whammy of bad credit, poor cash flow and lack of collateral leave these small companies ineligible for financing at any price.

Even for small businesses that can get financing, the interest rates are often prohibitive to continued growth. Just 10 percent of entrepreneurs surveyed qualified for conventional loans from FDIC-insured banks. MultiFunding found that approximately 40 percent of entrepreneurs would have to pay more than 23 percent in annual interest and charges if they were able to get financing, and 21 percent of owners would pay more than 30 percent. Those rates are comparable to those of credit card financing, which most small business experts typically caution against.

Based on these lending trends, MultiFunding concludes, “Small businesses are facing a national lending crisis that is not adequately reflected in the data published by the nation’s leading lenders.” The situation is particularly challenging for small businesses with income under $1 million per year as these interest rates pose a problem with staying in business.

“In today’s economy, collateral is a key factor in determining interest rates,” the report continues. “Credit and cash flow, previously important in assessing a small businesses’ credibility, have taken a backseat to equity in their balance sheet.”

Have you had trouble accessing credit at acceptable interest rates?

Rieva Lesonsky is a Columnist for Small Business Trends covering employment, retail trends and women in business. She is CEO of GrowBiz Media, a media company that helps entrepreneurs start and grow their businesses. Visit her blog, SmallBizDaily, to get the scoop on business trends and free TrendCast reports.
15 Reactions
Subscribe
Follow @smallbiztrends
RSS LinkedIn Pinterest iTunes