You might be a little surprised to see how very little the recession affected the proportions of different-sized businesses. Or you may not … but I was. But the latest research does suggest that, whatever these trends towards smaller firms mean, they don’t seem to be going away.

Non-micro small businesses with between 10 and 499 workers declined by 0.3 percent in number in 2007 and the population fell again in 2008, this time by 1.3 percent. Large firms saw a modest increase in population, of 0.9 percent (an additional 158 firms).  When the dust settles, the relative percentages of the business population, as classified by size, has not changed a smidgeon. 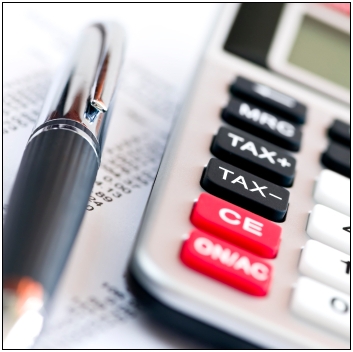 Is There Life After Bankruptcy?

Theoretically, filing for bankruptcy is supposed to (sort of) wipe the slate clean and give small firms a fresh start. But does it?

That question was examined in a newly released research paper, “Beyond Bankruptcy: Does the Bankruptcy Code Provide a Fresh Start to Entrepreneurs?“, written by Aparna Mathur with funding from the SBA Office of Advocacy.

On the other hand, you probably won’t be surprised to learn that a bankruptcy filing does have a very negative impact on the ability of a firm to secure financing, and that is the case even when controlling for credit scores.

Firms that have a bankruptcy filing in their past are 24 percent more likely to be denied credit and, when they do secure credit, pay interest that is an average of 1 percent higher than what is charged to other, similar businesses.

As of this year, an estimated 8.1 million (29 percent of) U.S. firms were women-owned (that is, a woman owned 51 percent or more of the company). Women-owned businesses generate almost $1.3 trillion in revenues and employing roughly 7.7 million people. That’s the main finding of an analysis of U.S. Census Bureau data on women-owned businesses performed by our old friend Julie Weeks of Womenable.com for American Express OPEN, based on data from the quinquennial Survey of Business Owners.

In addition, women-owned firms seem to stop growing at or before 10 employees and between $100,000 and $999,000 — which is what you would expect, if you were willing to factor microbusinesses into the equation. According to a November 2010 survey conducted by Vistaprint, a decisive 74 percent of microbusiness owner survey respondents indicated that they had no desire to grow their firms beyond 10 employees. In other words, the period from 1997 through the present has seen an unprecedented growth in the number of microbusinesses, and microbusiness owners keep their firms at micro size by choice, regardless of gender.

Right around tax day, the National Small Business Association (NSBA) released the results of its 2011 Small Business Taxation Survey, because that’s what we all want to do at that time of year: talk taxes. The survey demonstrated yet another instance in which there was a critical microbusiness issue but, evidently, there weren’t very many microbusinesses available to answer the questions about it.

Survey respondents identified economic uncertainty as the top challenge facing their business by a wide margin (66 percent), followed by “Decline in customer spending” (39 percent), “Cost of health insurance benefits” (35 percent), and regulatory burdens (32 percent). Federal taxes rounds out the top five challenges (29 percent). In light of the fact that 87 percent of small business owner respondents report paying an outside professional to prepare their taxes, it is somewhat shocking that almost 60 percent of small business owners still spend more than 40 hours dealing with federal taxes.

Another interesting set of numbers to emerge from this survey has to do with deductions. As much as lawmakers like to pat themselves on the back for repeatedly increasing Section 179 expensing, only 47 percent of these small business owners use it. And, under the category of Least Surprising Survey Result, only 18 percent of these respondents take the home office deduction, although 28 percent report working out of a home office.

Finally, almost two-thirds of survey respondents here support a combination of simplification and reduced tax rates as their preferred tack for reform. Then again, six in 10 would also favor a proposal such as the Fair Tax Act of 2011 (H.R. 25), which would eliminate income taxes, payroll taxes, estate taxes and gift taxes, and replace them all with a 23 percent national sales tax.

Most U.S. business owners make a decision about the legal form of their business at startup and rarely change it within the first few years of operation. That is the principal finding of a new research report, entitled “How Do Firms Choose Legal Form of Organization?“, written by Rebal Cole with funding from the SBA Office of Advocacy.

Advocacy released the study last week. According to Cole’s findings, only one in three firms starts its operations as a sole proprietorship, while almost another third start life as limited liability companies and corporations. Once the choice is made, it appears to be fairly stable; only 9 percent of companies changed their legal form of organization during the four years covered by the study. If all this sounds peculiar to you, there is a reason for it. Dr. Cole used data from the Kauffman Firm Survey in order to do this study. It shouldn’t be surprising that Kauffman’s database is rather thin on microbusiness survey respondents (85 percent of which are sole proprietorships).

In any event, firms are more likely to change forms if they are growing, if they move out of their home office and into commercial space, if there is a change of owners or if the number of owners grows, if the firm is highly leveraged, or if the firm changes industry. Finally, this research shows that corporations grow twice as fast as sole proprietorships. From all this, Dr. Cole concludes that policymakers can encourage entrepreneurs to select business forms that “are conducive to growth and complexity.”

But corporations don’t grow because they are corporations. They grow because of the choices of their management teams. And ultimately, the federal government probably needs to stop wasting its time (and our money) on this sort of thing. Owners who want to grow their firms will do so, with our without incentives. Owners who don’t want to grow their firms won’t, no matter what you offer them.