How does your small business’s use of technology compare to other SMBs? A new study of small and midsized businesses’ use of IT has sought to find out. Here are some results from Cloud Computing and the Role of IT Professionals in Small- to Mid-Sized Businesses, a just-released survey of more than 500 SMB decision-makers by Zoomerang Online Surveys and Polls.

IT Workers Take on New Roles

Twenty-two percent of businesses outsource IT support to vendors, citing cost-effectiveness (52 percent) and access to better resources (26 percent) as the primary reasons for doing so.

The vast majority (78 percent) of SMBs report having in-house IT support. But, of those companies, 79 percent say their IT workers also hold other roles in the company. Sixty-seven percent are involved in daily operations; 6 percent in sales and business development; and 6 percent in customer support. Only 21 percent focus solely on IT.

“More often than not, the IT role within a small or midsized business may be fulfilled by the most technology savvy employee, requiring them to juggle multiple responsibilities on top of keeping the company’s technology up and running,” says Alex Terry, General Manager of Zoomerang. “With limited resources, businesses are looking to every employee to contribute and as a result, the IT role is gradually shifting from one of support to one of support and revenue generation.” 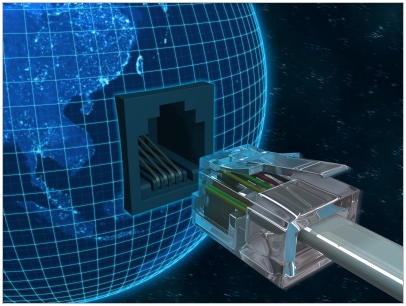 The majority (58 percent) of respondents say their IT systems are “good” (“not the latest, but everything runs smoothly and with minimal maintenance”). Thirty-two percent describe their IT as “intermediate” (“it has its good and bad moments”). Just 4 percent call their systems “poor” to the point where it is hurting operations.

This is all good news, but on the downside, a mere 7 percent say their technology is “advanced” or ahead of the curve. With technology one area where small firms can gain competitive advantages, it’s a shame more entrepreneurs aren’t taking advantage of IT opportunities.

Are Upgrades in the Cards?

Perhaps because they’re mostly satisfied with their current technology, nearly half (44 percent) of survey respondents say they have no plans to upgrade their IT in the next 12 months.

The key areas where those planning upgrades will invest are computers and hardware, cited by 57 percent of respondents. Next are peripherals such as phones and mobile devices (16 percent), and software (15 percent).

SMB Owners Heads Not in the Cloud

Terry notes that SMBs have traditionally been conservative when it comes to investment in technology, and today’s hot buzzword, “the cloud,” is no different. Zoomerang found that just 10 percent of SMBs have deployed cloud technologies and a whopping 72 percent of respondents don’t understand or are not familiar with the technology.

“These numbers are quite staggering given that cloud vendors are investing huge amounts of money in marketing to showcase the benefits of cloud computing,” Terry said. “This research points to the need for cloud vendors to instead educate business owners on what cloud computing means and how it is relevant to SMBs.”

Of the businesses currently not using cloud computing technologies, only 2 percent plan to deploy cloud-based solutions this year; another 20 percent are still assessing the cost and benefits of various solutions.