Chart of the Week: A Declining Share of U.S. Businesses are New

Startups account for a much smaller share of U.S. businesses than they used to. Recently released data from the Census Bureau shows that back in 1977, 16 percent of U.S. companies were new. By 2009, that share had fallen to 8 percent. 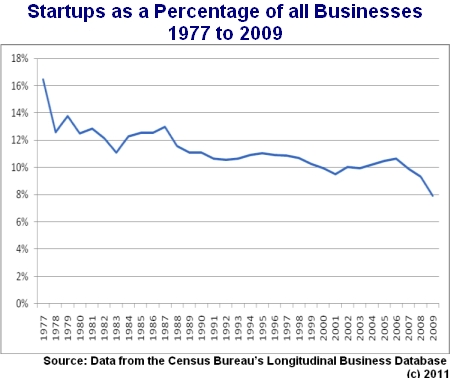