Employee Time Off: A Tale of Two Mind-Sets

Two recent news items got me thinking about two extremely different mind-sets when it comes to giving employees time off.

Earlier this month, Connecticut made history by becoming the first state in the U.S. to mandate paid sick leave for service workers. The Hartford Courant reports that the sick leave bill, in the works for years, was the subject of bitter controversy and, after 11 hours of intense debate, squeaked by with a vote of 76-65.

The new law affects only companies with 50 or more employees and service workers who are paid hourly. Still, many in the small business community strongly opposed its passage. I’m not quite sure why. What Governor Dannel P. Molloy said in a statement makes perfect sense to me:

“Why would you want to eat food from a sick restaurant cook? Or have your children taken care of by a sick day-care worker? The simple answer is — you wouldn’t. And now, you won’t have to.

Without paid sick leave, frontline service workers — people who serve us food, who care for our children, and who work in hospitals, for example — are forced to go to work sick to keep their jobs. That’s not a choice I’m comfortable having people make under my tenure.” 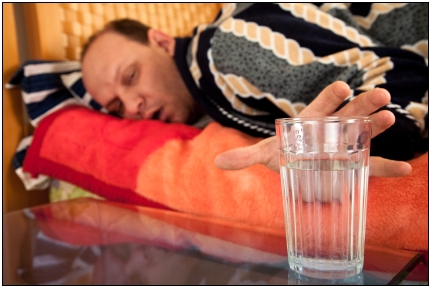 While some employers don’t believe workers deserve a paid day off to recover from pneumonia, at the other extreme, The New York Times reports on companies that give employees paid time off to get married. At Xerox, employees can take up to three days off. At MTV, it’s two days. And at Goldman Sachs, employees receive a week off (and that policy has been in place for 30 years!).

“These are all big companies—they can afford it,” you might be thinking. Then consider Atomic Object. This entrepreneurial software company began offering a paid day off for weddings when they noticed lots of employees getting married and decided a day off would make a nice “wedding gift.”

Atomic Object has grown rapidly, and I think one reason is their business philosophy, which focuses on sustainability—not just in “green” terms, but also in human terms. “Unrealistic schedules and overly complex designs lead to long hours and exhausted people,” says the company’s website. “We practice sustainable pace – responsible working hours that promote balance and quality work.”

Now, I’m not suggesting you have to give your employees paid time off to get married. What I am suggesting is that you think about them in the long term—not just as dollar figures.

Employees who come to work sick are going to infect other employees, you and your customers. In the best-case scenario, you’ll have more people sick and fewer people to pick up the slack. In the worst case, you could get sued if an outbreak of disease is traced back to your business.

Employees who come to work sick are also going to be bitter and resentful. They’re going to complain about you to their friends and relatives. And they’ll be looking for a better job at the first opportunity.

Employees who are treated reasonably and fairly and given time off to do what needs to be done—whether that’s recovering from stomach flu or relaxing with their families–are going to talk about your business to others, be more loyal and have more energy to work productively.

Which kind of employee would you rather have working for you?