Last week Merchant Circle released its quarterly Merchant Confidence Index, painting an eye-opening picture of the state of the industry, where small business are at, and who may just win the daily deal wars after all. As an SMB, it’s something I’d encourage you to take a look at.

First, some background: Merchant Circle’s online survey was conducted between April 30th and June 6th and was sent to a random sampling of its audience of more than 1.6 million local businesses. Of that number, 4,942 SMBs responded and offered their insights. 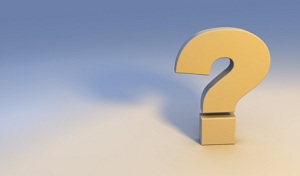 So how about that economy? Based on the survey, small business owners are proceeding optimistically, but cautiously, as they dig themselves out. Sixty-four percent of respondents believe the economy has either stayed the same or improved over the last 12 months, with 57 percent saying they fully expect to be able to increase revenue over the next three months. But that doesn’t mean they’ll be looking to take on more staff. Still proceeding with caution, 70 percent of SMBs said they expect their headcount to remain the same, with just a handful looking to bring on more talent.

It seems they also won’t be looking to add more dollars to their marketing budgets. The majority of SMBs (57 percent) expect their marketing expenditures to stay the same, which, for nearly 60 percent, means keeping a budget of $2,500 or less for the year.

With limited resources, it makes sense that most small business owners are gravitating toward cost-effective marketing strategies such as social media (40.9 percent), email marketing (37.1 percent) and local search/review sites (25.9 percent) for the bulk of their marketing.

Something else that caught my eye: Though many SMBs are using social media, they’re not using paid social media. Seventy-eight percent of SMBs responded they had not experimented with Facebook Ads. However, of the small number that did, an overwhelming percentage (64.9 percent) said they were happy with the experience and would use these tools again. Those that were not happy with their experience said it was because the ads simply didn’t allow them to convert new customers.

The survey also revealed that despite being late to the game, it’s still Google and Facebook that have the edge in the daily deals world. More than 50 percent of surveyed merchants said they are more likely to use Facebook and Google for daily deals promotion because they’re more familiar with the brand than they are competitors LivingSocial and Groupon. Other reasons cited were audience size and better targeting, though I have to think for most SMBs, it really is just a matter of comfort with the brand. It’s easier to take a first step when you’re doing it with a partner you have experience with.

And that fact becomes an even bigger deal when you pair it with the fact that 77 percent of SMBs who have tried daily deals say they would use them again–either because they were effective for customer acquisition, had a good deal structure, generated profit or simply because their competitors are doing it.

Overall, a pretty interesting look at where SMBs’ heads are at. What do you think? Do Merchant Circle’s findings represent your own experiences?